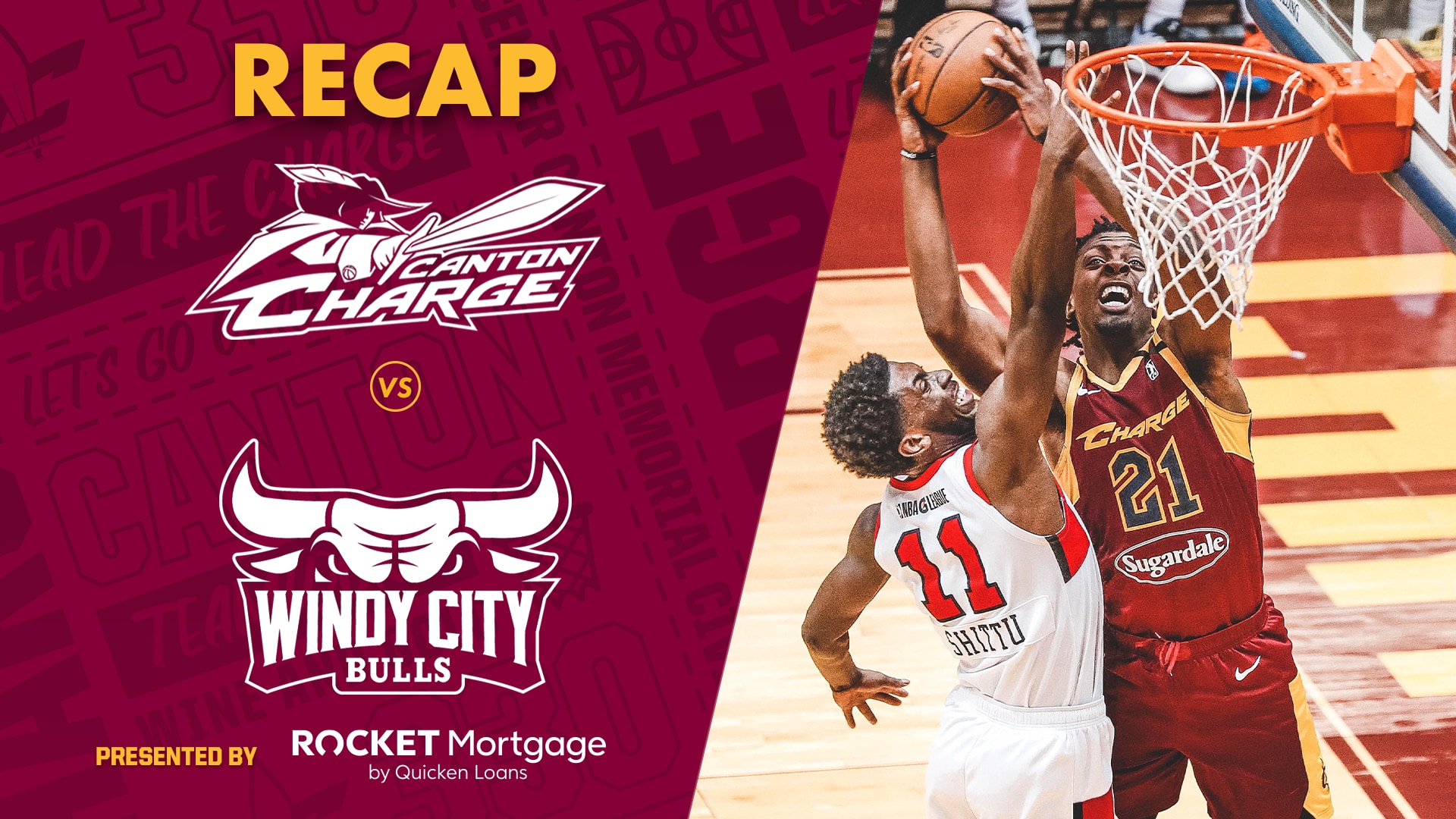 CANTON, OH – A dominant third quarter performance helped lift the Canton Charge (20-10), powered by the Cleveland Cavaliers, over the Windy City Bulls (11-17) by a 123-105 score at the Canton Memorial Civic Center on Friday evening.

After the Bulls ended the second quarter with a 9-0 run to take a three-point lead at the break, the Charge exploded in the third, opening with 14 unanswered points (12 from behind the arc) to take the final lead of the night. Levi Randolph led Canton in the quarter with 10 points on a 4-for-5 shooting line. A slam dunk from Sheldon Mac catapulted Canton into the fourth quarter, with the Charge outscoring the Bulls 33-30 to seal the home victory.

Canton’s offense was even across the board with six players reaching double digits. Randolph (8-16 FGA) and Mac (8-8 FGA) led the team with 21 points each. Tyler Cook finished the night with 20 points in 23 minutes of action while Two-Way player Dean Wade notched his fifth double-double of the season with 18 points and 10 rebounds in 24 minutes. Matt Mooney finished the night with 16 points and was the game leader with eight assists and four steals.

Milton Doyle paced the Bulls with 24 points, shooting 7-for-12 from behind the arc. V.J. Beachem finished with 15 points and four boards in 33 minutes of action while Justin Simon recorded 12 points and eight rebounds in 38 minutes of play.

The Charge hit the road for a Central Division matchup against the Fort Wayne Mad Ants tomorrow night at 7:00 p.m. – Follow along live on the Charge mobile app! There is no better time than now to join Charge Nation! Become a 2020-21 Charge Nation member and attend the rest of this season for FREE!  You’ll also receive complimentary Cavs and Monsters tickets plus tons more added value! For more info, find us at a game, visit www.CantonCharge.com or call 866-444-1944.  The Canton Charge are part of the Cleveland Cavaliers organization and are also owned by a group led by Cavaliers Chairman and Quicken Loans Founder and Chairman Dan Gilbert. The group also owns and operates the Cleveland Monsters of the American Hockey League, who play their games at Rocket Mortgage FieldHouse in downtown Cleveland.