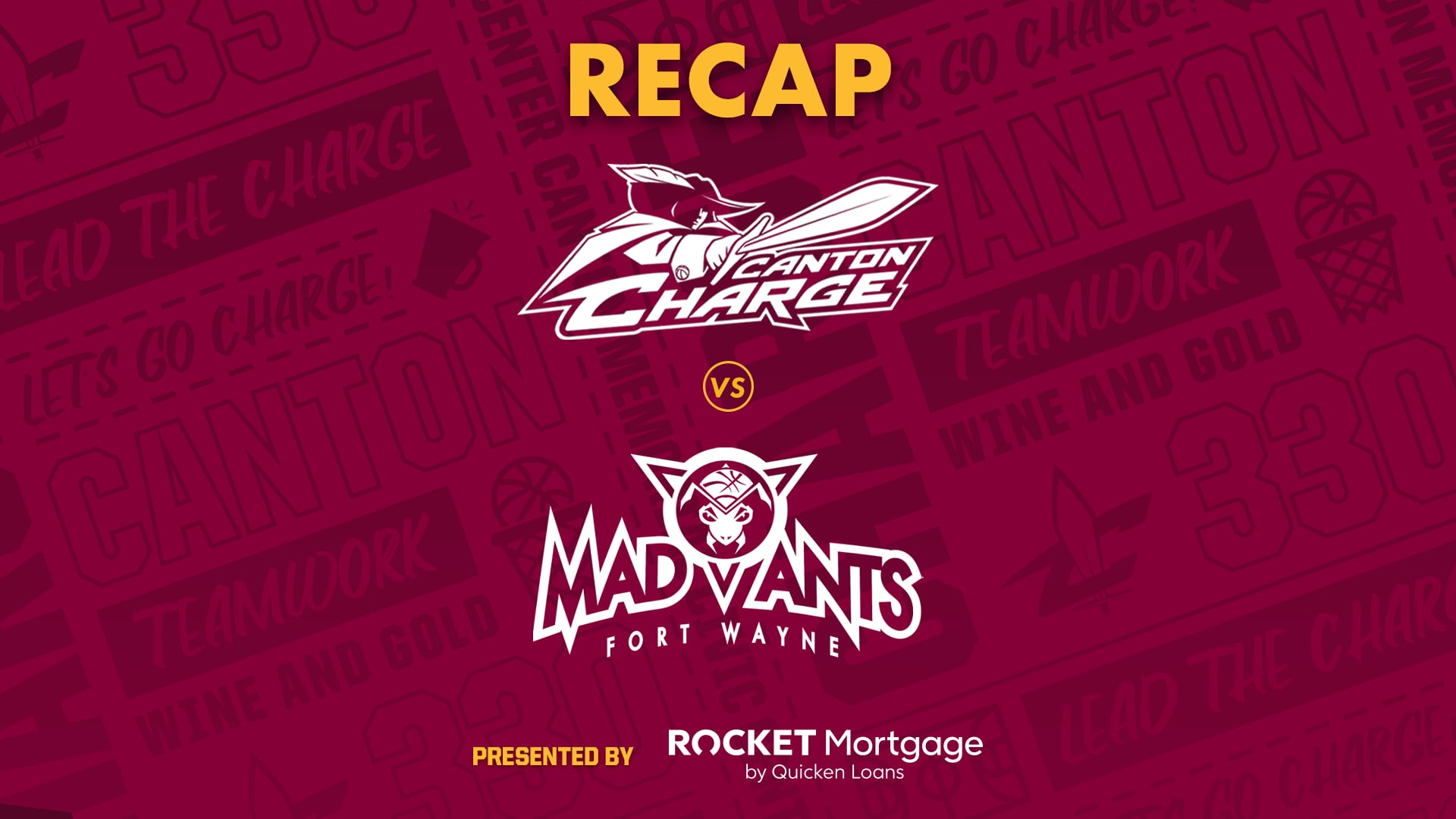 FORT WAYNE, IN – The Canton Charge (20-11), powered by the Cleveland Cavaliers, snapped a four-game win streak and suffered the biggest comeback in League history (35 points) in a 124-118 defeat by the Fort Wayne Mad Ants.

Canton exploded for 39 points in the first quarter, tying their season-best for a single period by torching the net shooting 16-of-23 from the field (70%).  Matt Mooney was a perfect 5-of-5 himself in the first quarter for 13 points while Tyler Cook also started out hot with a 10 spot himself.  The Charge took their 39-25 lead momentum into the second quarter and channeled it defensively, limiting the Mad Ants to just 8-of-26 in the second (31%) for 17 points while extending their advantage to 72-42 at the break.

Fort Wayne fought back in the third thanks in part to hitting 9-for-9 free throw attempts and forcing eight Canton turnovers.  The hosts scored 42 points in the third to chip away at the deficit down to 101-84 heading into the fourth.  A 15-2 Mad Ant run to start the fourth quarter got them all the way back within 103-99 and 7:32 left in the game.  Led by Daxter Miles Jr.’s 21 fourth quarter points, the Mad Ants outscored the Charge 40-17 in the final frame to take the game.

Miles Jr. finished with 29 points and three steals in 25 minutes to lead Fort Wayne.  Walter Lemon Jr. scored 28 points and nabbed five steals in 36 minutes.  Alize Johnson posted a double-double of 19 points and 19 rebounds with six assists, three steals and two blocks in 35 minutes on assignment from the Pacers.  The win snaps a four game losing streak for the Mad Ants versus the charge, including losing the previous three at home.

The Charge next will visit the Maine Red Claws this Thursday, February 6th at 7:00 p.m. – Watch the game live on ESPN+! There is no better time than now to join Charge Nation! Become a 2020-21 Charge Nation member and attend the rest of this season for FREE!  You’ll also receive complimentary Cavs and Monsters tickets plus tons more added value! For more info, find us at a game, visit www.CantonCharge.com or call 866-444-1944.  The Canton Charge are part of the Cleveland Cavaliers organization and are also owned by a group led by Cavaliers Chairman and Quicken Loans Founder and Chairman Dan Gilbert. The group also owns and operates the Cleveland Monsters of the American Hockey League, who play their games at Rocket Mortgage FieldHouse in downtown Cleveland.