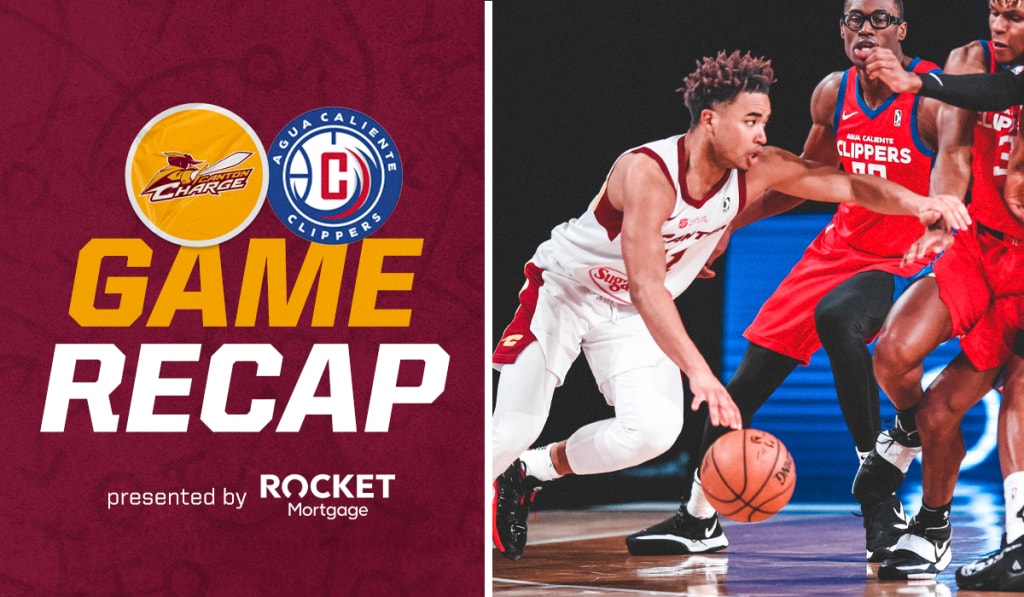 ORLANDO, FL – The Canton Charge (2-4), powered by the Cleveland Cavaliers, dropped a 117-104 contest to the Agua Caliente Clippers (3-3) on Friday night at the ESPN Wide World of Sports Complex at Walt Disney World.

Both teams delivered a tightly contested first quarter with six lead changes, but the Clippers came out with the 30-25 advantage.  Canton kept close throughout the second period and trailed just 41-37 with 4:36 left in the half. Agua Caliente rolled off a 9-0 run before the Charge could respond and ultimately finished the half on a 15-4 run to take control 56-41 heading into the break.  The Clippers controlled the entire second half by as many as 23 to pull back to .500.

Antonio Blakeney came off the bench to score a game-high 34 points, good for third in the G League for points in a game so far this season, including six three -pointers.  Sheldon Mac directed the offense, tallying 14 points and a game-high six assists. Levi Randolph followed with 10 points and five assists. Two-Way Player Marques Bolden made his season debut with six points, five rebounds, and two blocks in 12 minutes of action.  Canton as a team tied a franchise record for least turnovers in a game (6) from when they played the Clippers on 11/28/2018.

The Charge return to the court on Sunday afternoon at 3:30 p.m., taking on the Salt Lake City Stars – Watch live on FOX Sports Ohio or listen along on 99.7 FM, Canton’s New Country!  Fans can stay up-to-date on the latest team news by following: @CantonCharge on Twitter at www.twitter.com/CantonCharge and on Facebook at www.facebook.com/CantonCharge.  Fans can download the new Canton Charge App on their smartphone via the iTunes Store or Google Play Store.