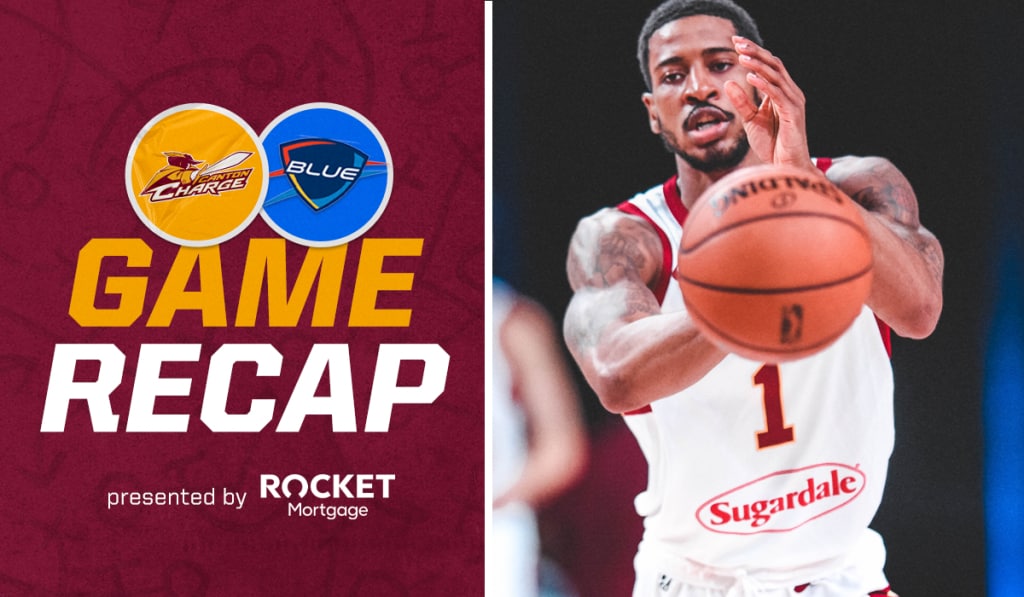 ORLANDO, FL – The Canton Charge (1-2), powered by the Cleveland Cavaliers, dropped a 141-110 contest to the Oklahoma City Blue (2-1) on Sunday evening at the ESPN Wide World of Sports Complex at Walt Disney World.

Both teams came out battling in a tightly contested first quarter that saw 12 lead changes. Antonio Blakeney led Canton with seven points while Aaron Epps and Ty-Shon Alexander both sank a pair of triples to keep Canton within two at the end of the first.

An 13-2 run from Oklahoma City turned the momentum in the Blue’s favor and they kept the lead for the remainder of the game, including a dominant 41-point third quarter to put the game out of reach.  Oklahoma City’s Moses Brown delivered a career night with 26 points and 17 rebounds in 25 minutes of action. Zavier Simpson notched a double-double with 14 points and 10 assists while Omer Yurtseven posted his own double-double with 14 points and 11 boards.

Five Charge players ended the night in double-digits with Mac leading the squad with 20 points and nine assists. Epps followed with 18 points, including four three pointers, while Blakeney finished with 16 points and two steals on a 7-for-11 shooting line. Two-Way player Ty-Shon Alexander (13) and Sir’Dominic Pointer (10) rounded out the top scorers for the Charge.

The Charge turn their sights to national stage next, taking on the Austin Spurs this Tuesday at 3:00 p.m. on ESPNU.  Fans can stay up-to-date on the latest team news by following: @CantonCharge on Twitter at www.twitter.com/CantonCharge and on Facebook at www.facebook.com/CantonCharge.  Fans can download the new Canton Charge App on their smartphone via the iTunes Store or Google Play Store.