CLICK HERE FOR A PRINTABLE VERSION OF THE 2022-23 CHARGE SCHEDULE! 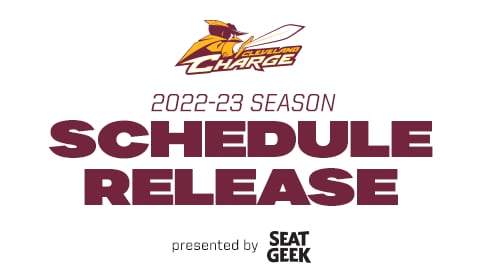 CLEVELAND – The Cleveland Charge of the NBA G League have announced their 2022-23 season schedule, presented by the team’s official ticketing partner, SeatGeek.  Cleveland opens their season at home at Cleveland State University’s Wolstein Center on Friday, November 4 at 7:00 p.m. against the Motor City Cruise (Detroit Pistons)!

Lock in seats to our best weekend games with a Charge 6-game plan starting at just $54!

The NBA G League is bringing back the two-part season structure for the 2022-23 season to continue adding additional excitement & competition, featuring a Showcase Cup schedule before transitioning to a traditional 32-game regular season that will put each team’s total games played at 50.  The Showcase Cup slate will tip-off on November 4, with each team playing 16 games leading into a pair of contests at the 2022 AT&T NBA G League Showcase in Las Vegas from December 19-22.  After a holiday break, every team’s record resets and the regular season campaign begins on December 27. 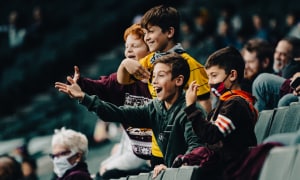 Additionally, all 31 games at the 2022 AT&T NBA G League Winter Showcase in Las Vegas will utilize a 25-point Final Target Score during an untimed fourth quarter. Under this model, the Final Target Score will be the leading team’s score after three quarter plus 25.

Access. Excitement. Value. Memories. Fun… Charge!!  Yes fans will see great hoops, but they will also experience a bucket of fun when they attend a Cleveland Charge game! Stay tuned for the reveal of the 2022-23 Charge Promotional Schedule that will include fun-filled theme nights, food and beverage promotions & ultra-exclusive giveaways for all Charge home games. The PROMO SCHEDULE will be announced soon on our Charge social channels: @ChargeCLE on Twitter & Instagram and on Facebook at www.facebook.com/ChargeCLE.

Charge Season Memberships which include the best seat locations, year-round member experiences, exclusive merchandise, access to Cavs tickets and more start at only $5 per game and are on sale now! Charge Group Outings are also on sale with tickets starting at just $5 per seat! Special Fan Experience Packages which include: On-court basketball games and experiences, band and choir performances, player high five tunnels, Color Guards, National Anthems and more are NOW available for the 2022-23 season. Fans can place their $50 Initial Payment today to lock in experiences, game dates and seat locations! Please call 216-420-2730 to speak with one of our representatives or fill out the form here for more information.  Single game tickets will go on sale on a date to be announced later this month.