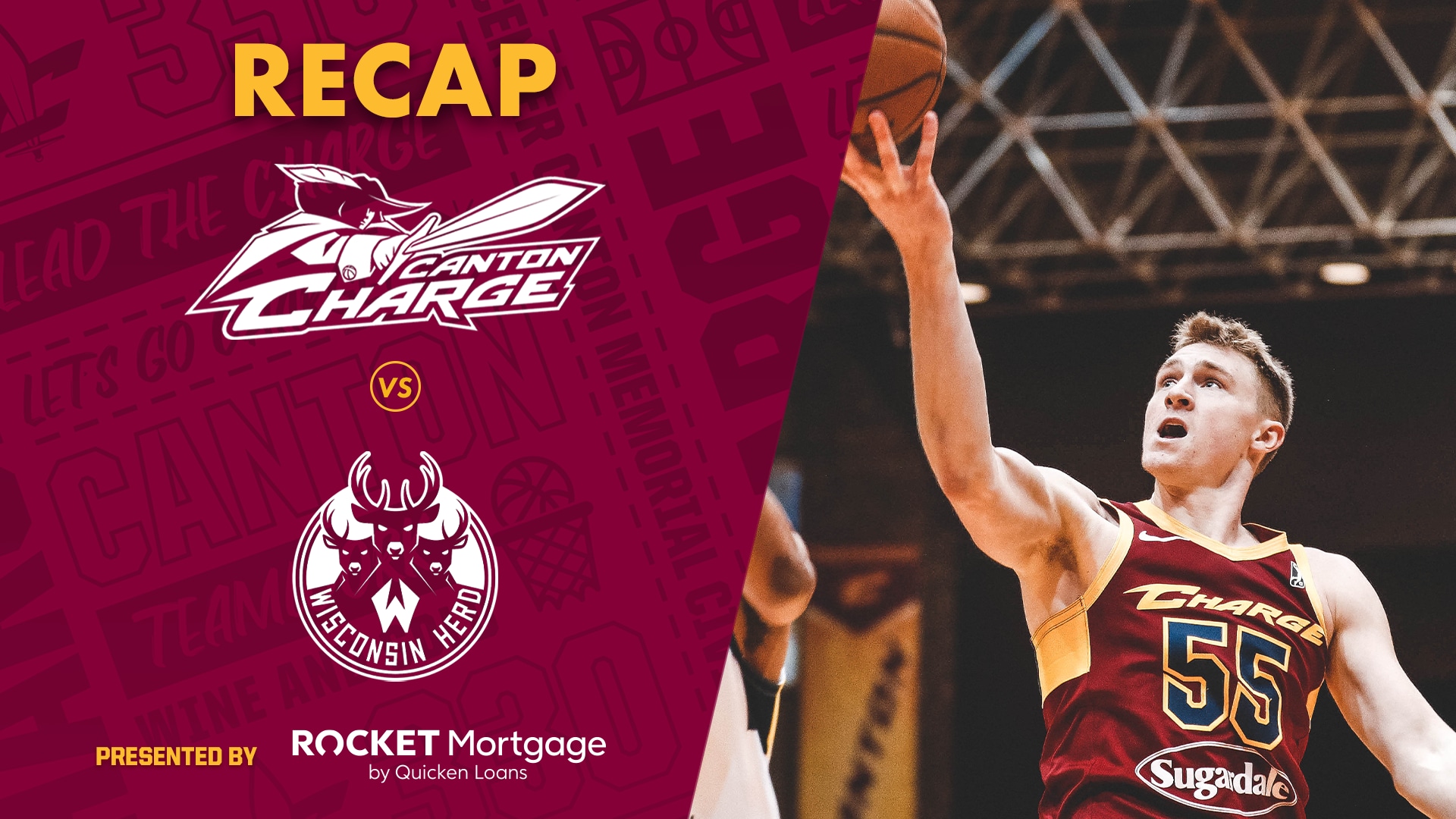 OSHKOSH, WI – The Canton Charge (15-7) snapped a three-game losing streak at the Menominee Nation Arena with a 123-111 victory over the Wisconsin Herd on Thursday night.

Canton got off to a blistering start on both ends, limiting Wisconsin to just 31% of field goals in the first quarter and 1-of-15 from three-point range while hitting 62% of their own attempts offensively to race out to a 38-27 lead.  J.P. Macura netted 12 points himself in the opening stanza while Marques Bolden had 10 points and four boards himself to start the game.

The Charge’s momentum continued into the second quarter as they rolled off a 17-2 run over the first 4:37 to extend their advantage.  Canton’s lead was as many as 26 in the second quarter, as they outscored the hosts 33-20 en route to their highest scoring half of the season thus far and a 71-47 advantage.

It was Wisconsin’s turn to get hot in the third quarter, with the hosts chipping away at the deficit by hitting 13-of-19 attempts as a team while holding the Charge to just 18 points in the period.  The Herd hit six of their last seven shots of the quarter to pull within 89-77 heading into the fourth.

Canton’s lead never dipped below double digits in the fourth quarter as they held on for their second win in five games played here in Oshkosh.  The Charge’s lone other win here came on 3/23/18 when they raced out for a 139-117 victory.

Frank Mason and Cameron Reynolds each scored 20 points to lead the Herd.  Jemerrio Jones had an all-around effort of 10 points, seven rebounds, five assists, two steals and two blocks in 25 minutes.  Shannon Bogues provided a spark off the bench for Wisconsin with 19 points and three steals in 21 minutes.

The two teams will meet again in Wisconsin this Saturday, January 11th at 8:00 p.m. EST – Watch on the Charge mobile app! For Charge Nation Memberships, group outings, game day promotions and up-to-date information, head to www.CantonCharge.com. or call 866-444-1944.  The Canton Charge are part of the Cleveland Cavaliers organization and are also owned by a group led by Cavaliers Chairman and Quicken Loans Founder and Chairman Dan Gilbert. The group also owns and operates the Cleveland Monsters of the American Hockey League, who play their games at Rocket Mortgage FieldHouse in downtown Cleveland.