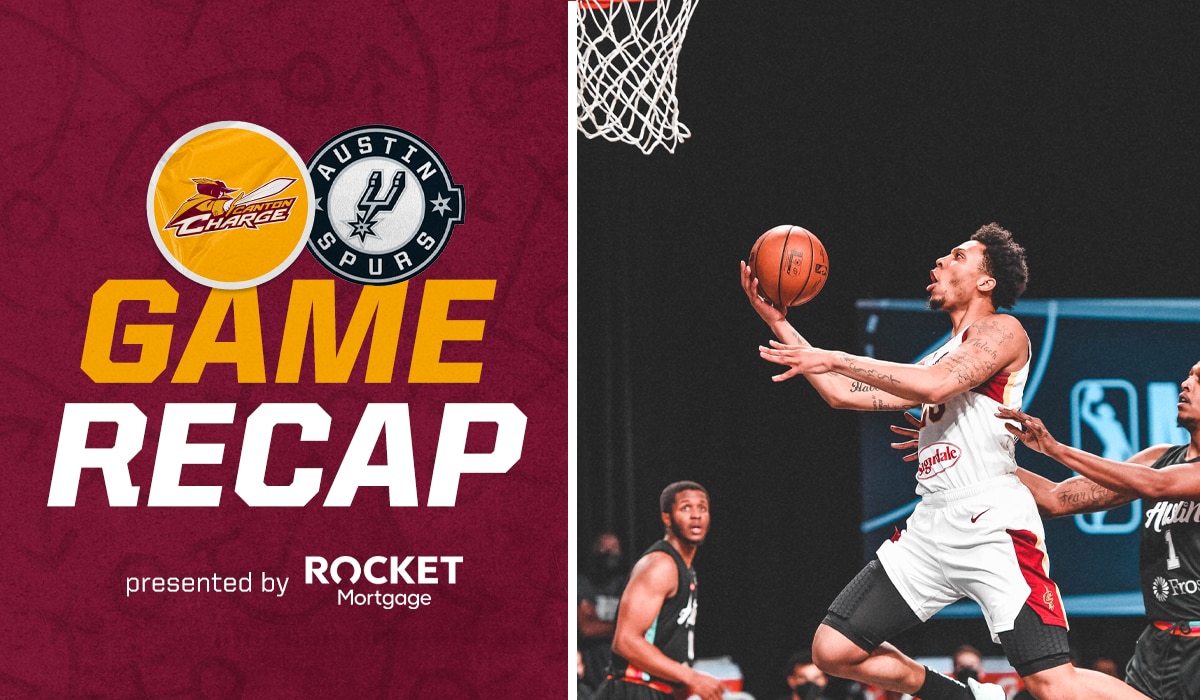 ORLANDO, FL – The Canton Charge (2-2), powered by the Cleveland Cavaliers, dealt the Austin Spurs (4-1) their first loss of the season with a 109-89 win on Tuesday afternoon at the ESPN Wide World of Sports Complex at Walt Disney World.

Sir’Dominic Pointer led the Charge out of the gate with a career night, tallying 15 points and three blocks in the first quarter alone to help Canton to a 38-point effort and the lead for the rest of the afternoon.  Austin fought back to within six early in the third quarter, but back-to-back buckets from Devon Dotson sparked the Charge on a 10-0 run to keep the momentum in their hands.

Pointer finished with a career-high 29 points with four blocked shots and seven rebounds in 31 minutes. Sheldon Mac got the start and dished out a team-high seven assists to go along with 19 points. Canton’s defense was key in today’s win, scoring 23 points off of 20 Austin turnovers and Levi Randolph tallying three steals along with 12 points and nine boards in 28 minutes.  Antonio Blakeney came off the bench to add 16 points, two steals, and six rebounds in 26 minutes.

Austin’s Kenny Williams paced their offense with 17 points while Tre Jones divvied out a game-high eight assists with 10 points. Forward Robert Woodard III was dominant on the glass with 14 rebounds and nine points in 27 minutes.  Former Cavaliers Two-Way Player added four points and seven assists in 24 minutes off the bench for the Spurs

The Charge are back in action tomorrow taking on Santa Cruz at 3:30 p.m. – Watch live on FOX Sports Ohio or listen along on 99.7 FM, Canton’s New Country!  Fans can stay up-to-date on the latest team news by following: @CantonCharge on Twitter at www.twitter.com/CantonCharge and on Facebook at www.facebook.com/CantonCharge.  Fans can download the new Canton Charge App on their smartphone via the iTunes Store or Google Play Store.