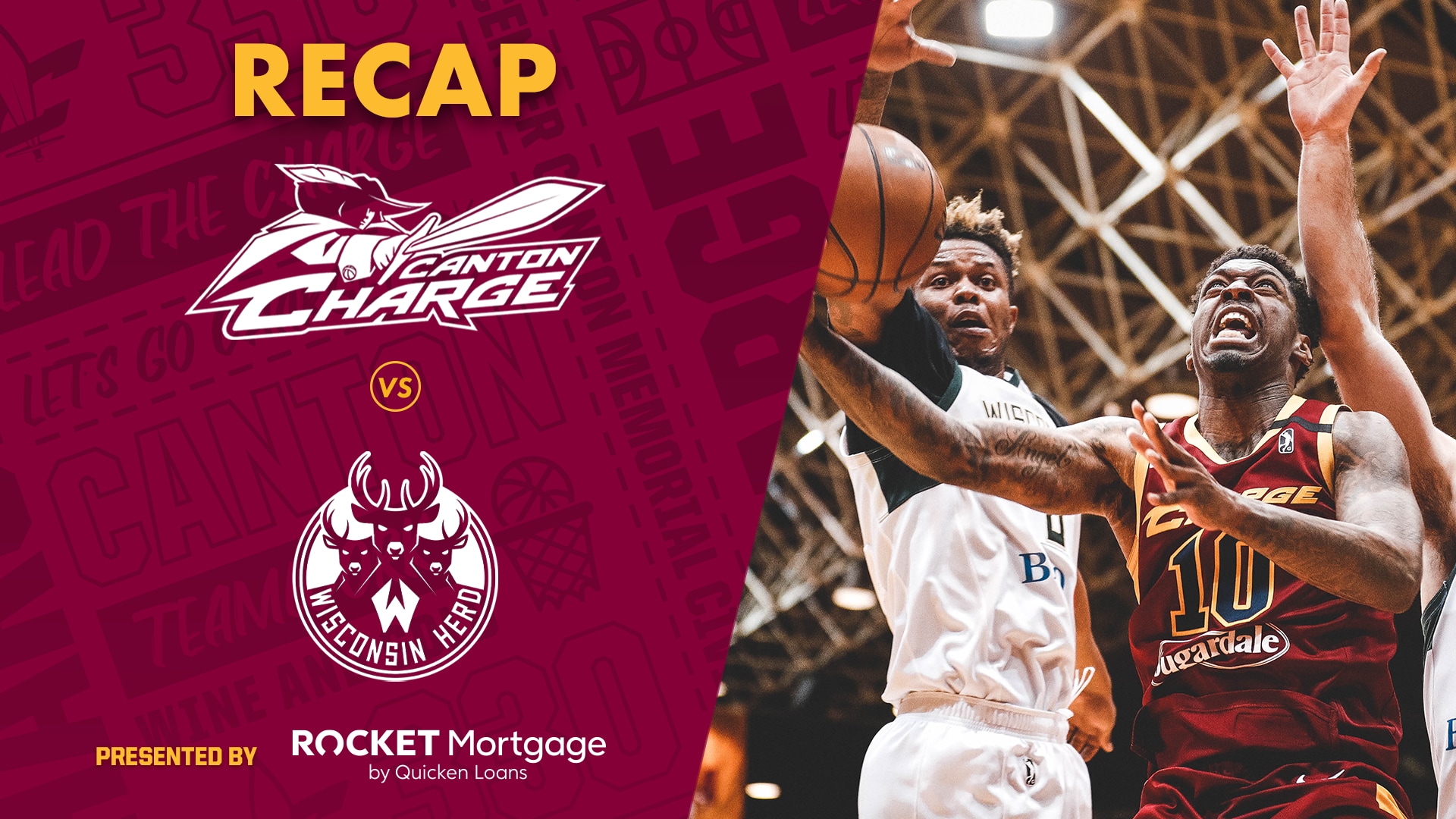 Canton came out strong, scoring a season-high 41 points in the first quarter. Muhammad-Ali Abdur-Rahkman was hot from the start, shooting 3-for-4 from behind the arc for 11 points in the first. The Herd battled back, taking their second lead of the night with just over six minutes left in regulation. Two-Player Matt Mooney carried the Charge into overtime with back-to-back baskets. Alan Herndon came up big with five points in the two overtime periods to help hold on to the Canton victory.

Levi Randolph led the Charge with 22 points, going 9-for-17 from the floor in 37 minutes of play. Sheldon Mac followed with 18 points and a team-high nine boards off the bench. Herndon followed with a career-high 17 points in 27 minutes while Sir’Dominic Pointer cemented the defensive effort with four steals and four blocked shots.

Assignee  D.J. Wilson paced the Herd with 21 points and 11 points in 38 minutes. D.J. Hogg and Jaylen Adams followed with 19 points apiece while Jemerrio Jones tallied a double-double with 18 points and 16 rebounds.  The season series between the two Central Division leading teams ends even at 2-2, with both games in Canton lasting a combined five overtime periods.

The Charge hit the road for a three-game stretch beginning with a visit to the Erie BayHawks this Saturday, March 7th at 7:00 p.m.! There is no better time than now to join Charge Nation! Become a 2020-21 Charge Nation member and attend the rest of this season for FREE!  You’ll also receive complimentary Cavs and Monsters tickets plus tons more added value! For more info, find us at a game, visit www.CantonCharge.com or call 866-444-1944.  The Canton Charge are part of the Cleveland Cavaliers organization and are also owned by a group led by Cavaliers Chairman and Quicken Loans Founder and Chairman Dan Gilbert. The group also owns and operates the Cleveland Monsters of the American Hockey League, who play their games at Rocket Mortgage FieldHouse in downtown Cleveland.