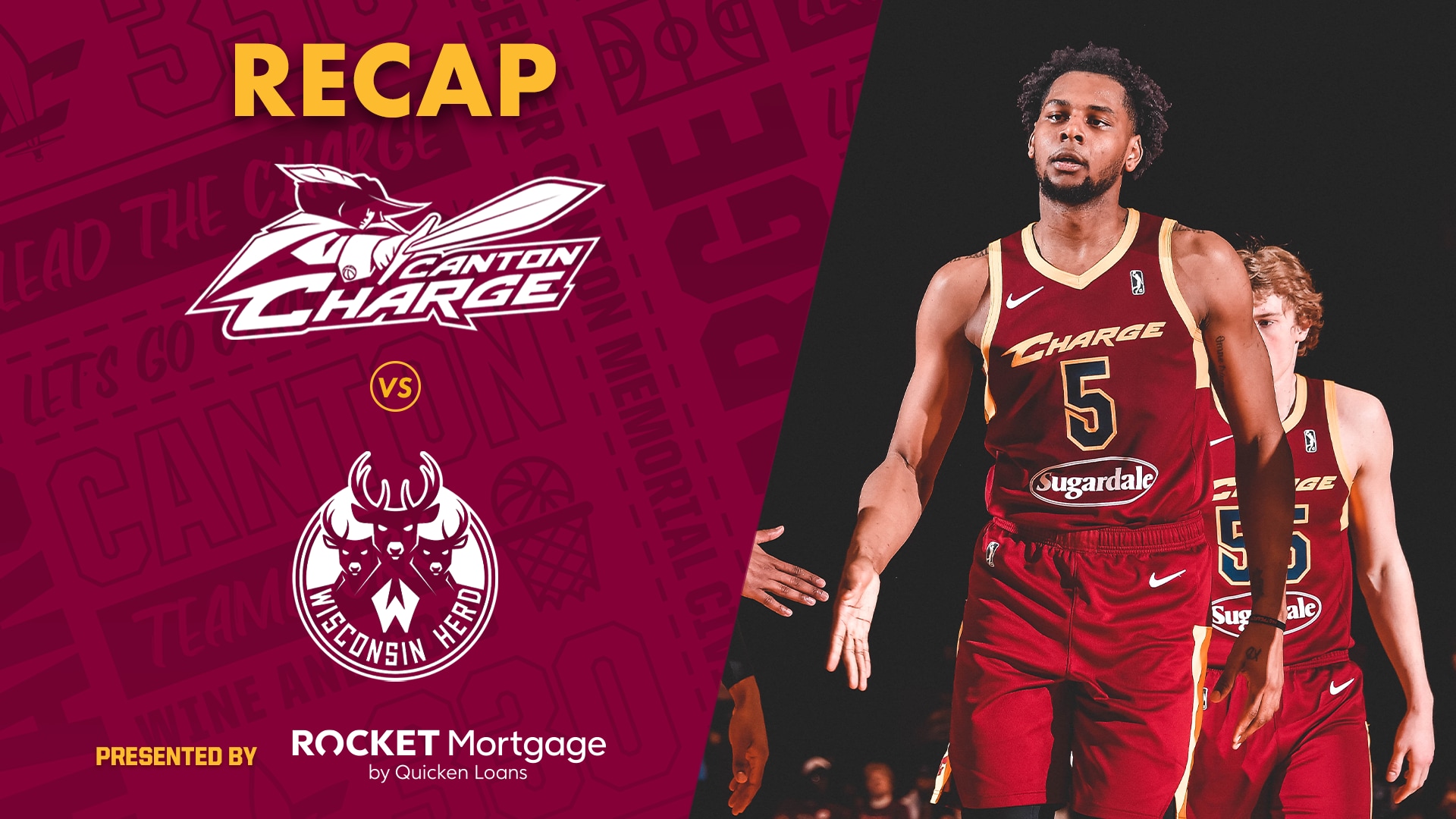 OSHKOSH, WI – The Canton Charge (15-8) split a two-game set at the Eastern Conference-leading Wisconsin Herd (19-5) after a 131-123 defeat at the Menominee Nation Arena on Saturday night.

Canton’s Marques Bolden scored a season-high 22 points and tied a season-high with 11 rebounds for his third double-double of the season.  Levi Randolph posted his third consecutive double-double and fourth in the last five games with a 13-point, 10 rebound effort.  Sheldon Mac added 18 points off the bench and Muhammad-Ali Abdur-Rahkman scored 15 points in relief.  Sir’Dominic Pointer (13 points, two steals), J.P. Macura (14 points, two steals) and Malik Newman (14 points) rounded out the seven double-digit scorers for the Charge.

Both teams got off to a hot start offensively, each hitting over 60% of field goal attempts and over 60% of three-pointers in the first quarter.  After 15 lead changes and four ties in the first quarter, the hosts held a 38-37 advantage.  Wisconsin kept up their high-efficiency offensive output in the second quarter by scoring 24 of their 31 points in the paint and holding off Canton for a 69-64 advantage at the half

The Herd kept their lead for the entire third quarter despite being outscored by the Charge 30-26 in the frame.  Leading 95-94 to start the fourth, Wisconsin surrendered their lead on Canton’s first possession of the fourth before going on a 8-0 run to pull ahead for good.

The Charge are back home for a pair of games this weekend beginning with Esports Night & 1-2-3 Friday presented by Sugardale on January 17th at 7:00 p.m.! For Charge Nation Memberships, group outings, game day promotions and up-to-date information, head to www.CantonCharge.com. or call 866-444-1944.  The Canton Charge are part of the Cleveland Cavaliers organization and are also owned by a group led by Cavaliers Chairman and Quicken Loans Founder and Chairman Dan Gilbert. The group also owns and operates the Cleveland Monsters of the American Hockey League, who play their games at Rocket Mortgage FieldHouse in downtown Cleveland.