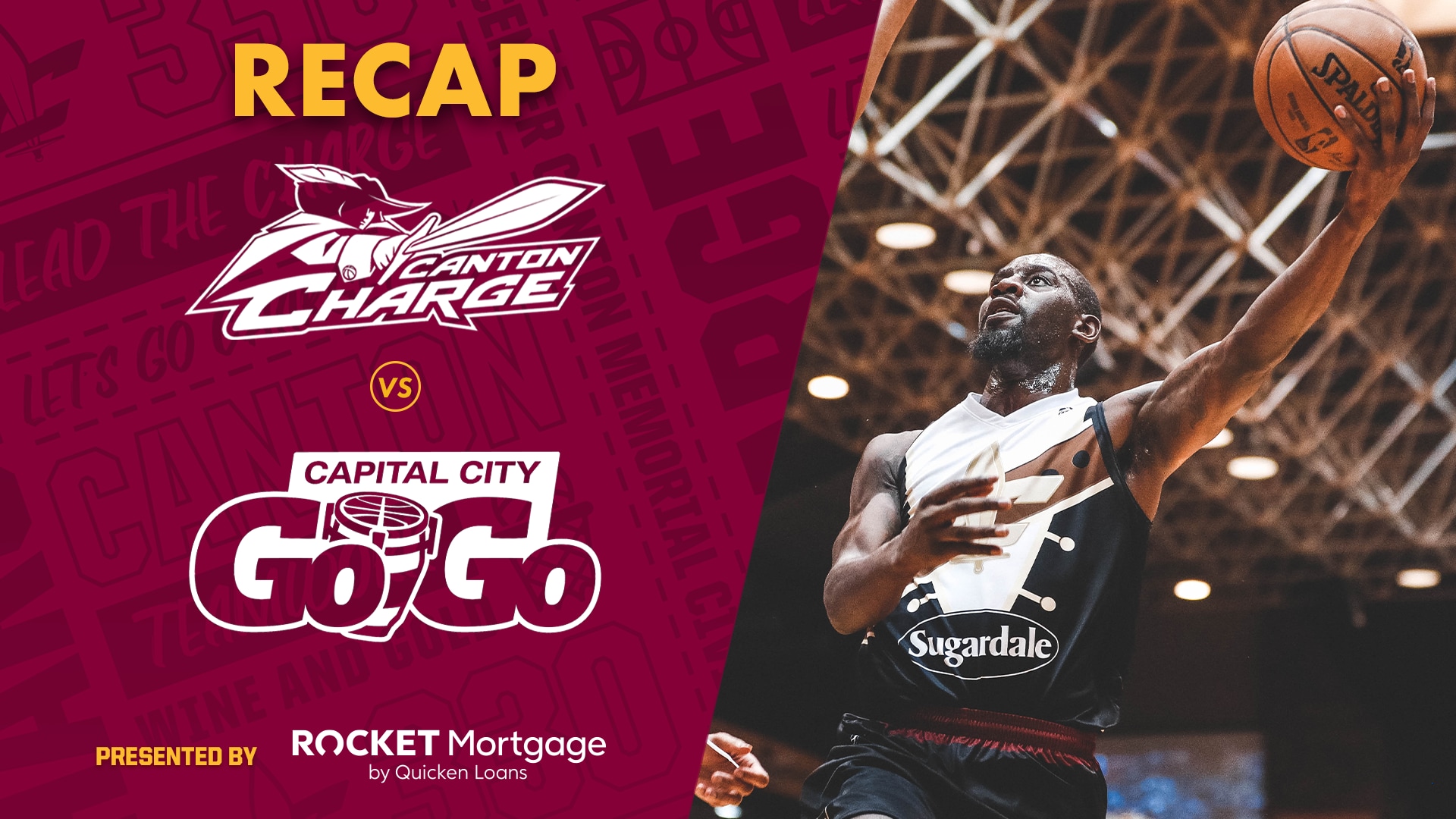 The Charge delivered an even offensive performance with seven players finishing in double-digits for the second-straight game led by Malik Newman with 23 points, five rebounds and six assists in 38 minutes. Levi Randolph followed with 21 points, seven boards and two steals. Two-Way Players Dean Wade and Matt Mooney were consistent with 18 and 15 points, respectively, while Sir’Dominic Pointer (15), J.P. Macura (12), and Muhammad-Ali Abdur-Rahkman (11) rounded out the 10+ point scorers.

After Canton took an early lead through the first quarter, the Go-Go rallied back to take a 54-51 advantage at halftime. Capital City extended the highest lead of the night to 10 with 5:21 left in the third, but a Mooney reverse layup kept the Charge within three going into the fourth quarter.

The fourth quarter was a battle with neither team owning more than a five-point advantage throughout the 12 minutes. The Go-Go were the first to strike in the overtime period, but three different Charge players responded with buckets to solidify the win.

Jalen Jones led Capital City with 22 points, shooting 4-for-7 from behind the arc, in 34 minutes of action. Two-Way Player Johnathan Williams contributed 18 points and 13 rebounds in 31 minutes. Admiral Schofield, who was on assignment from the Washington Wizards, finished with 11 points and five boards in 27 minutes of action.

Canton’s homestand rolls on with an OH Lottery WINSday against the Delaware Blue Coats this Wednesday January 29th at 7:00 p.m.! There is no better time than now to join Charge Nation! Become a 2020-21 Charge Nation member and attend the rest of this season for FREE!  You’ll also receive complimentary Cavs and Monsters tickets plus tons more added value! For more info, find us at a game, visit www.CantonCharge.com or call 866-444-1944.  The Canton Charge are part of the Cleveland Cavaliers organization and are also owned by a group led by Cavaliers Chairman and Quicken Loans Founder and Chairman Dan Gilbert. The group also owns and operates the Cleveland Monsters of the American Hockey League, who play their games at Rocket Mortgage FieldHouse in downtown Cleveland.