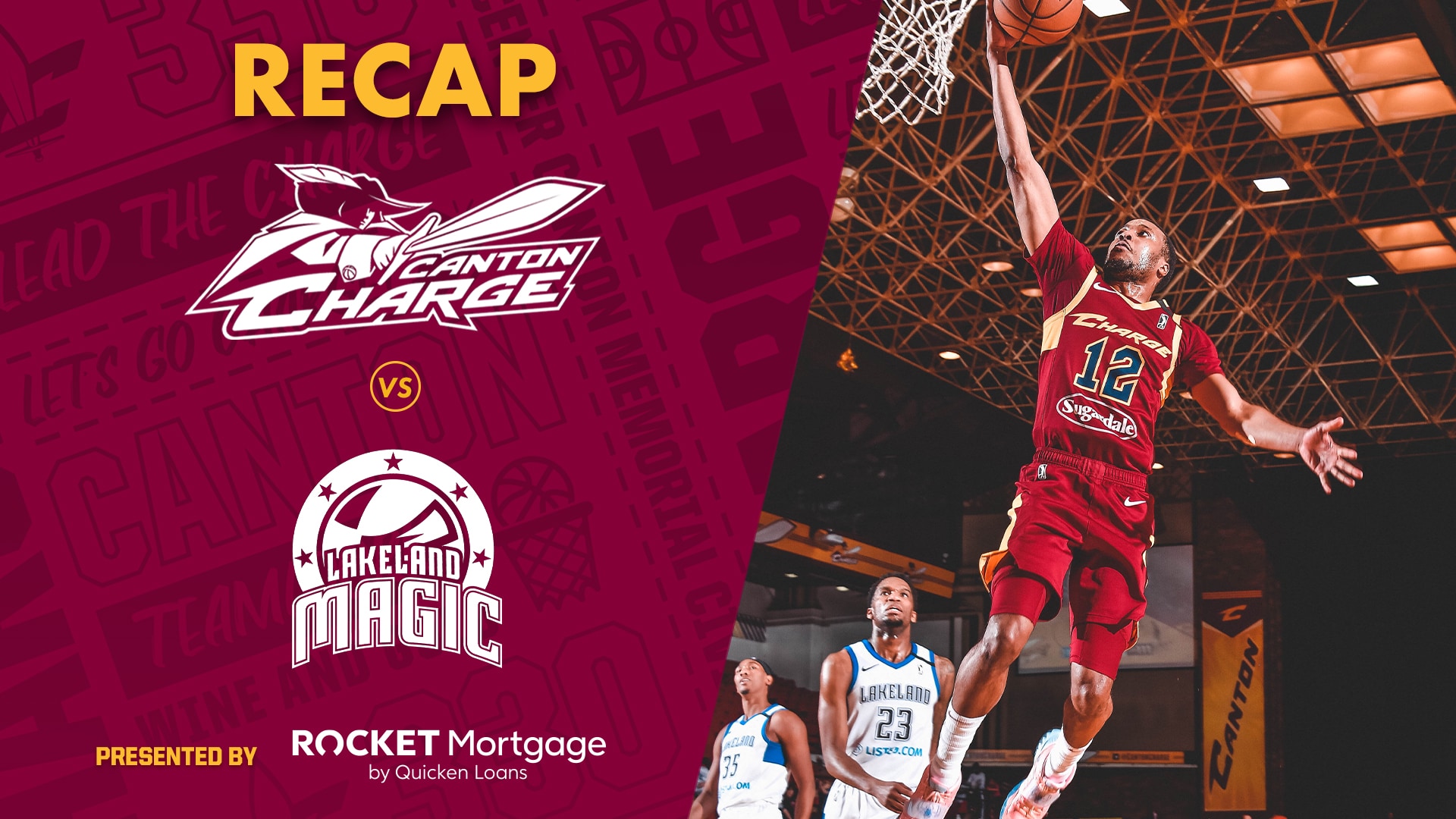 CANTON, OH – The Canton Charge (17-10) had one of their best offensive outings of the season in a 138-125 victory over the Lakeland Magic (15-13) at the Memorial Civic Center on Wednesday night.  The Charge had their highest-scoring game this year so far in winning the season series with the Magic, 2-1.

The hosts were hot shooting the ball all over the floor, pouring in a season-best 58% of their shots from the field as a team.  The Charge also hit a season-high for threes made in a game, netting 18-of-38 triples on the night (47%).  Canton was led by eight players scoring in double figures, with Levi Randolph pacing the team scoring 26 points on 8-of-12 shooting.  Malik Newman netted 22 points on 7-of-13 from the field with nine rebounds in 33 minutes.  Alan Herndon scored a season-high 12 off the bench, all three-pointers, and Marques Bolden posted his fifth double-double of the season with 16 points and 10 rebounds.

Andrew Rowsey had a career night pouring in 38 points on 13-of-22 shooting and 8-of-12 from three-point range in 38 minutes off the bench for Lakeland.  Josh Magette scored 24 points and dished out six assists with two steals in 37 minutes.  Two-Way Player Vic Law added 21 points, five rebounds, five assists and three steals in 40 minutes.  Melvin Frazier Jr. scored 16 points and grabbed six boards in 36 minutes on assignment from Orlando.

Canton’s homestand continues with ChARRRge Night featuring pirate-themed uniforms, Charge pirate socks for the first 2,000 fans, swashbuckling and more this Saturday January 25th at 7:00 p.m.! There is no better time than now to join Charge Nation! Become a 2020-21 Charge Nation member and attend the rest of this season for FREE!  You’ll also receive complimentary Cavs and Monsters tickets plus tons more added value! For more info, find us at a game, visit www.CantonCharge.com or call 866-444-1944.  The Canton Charge are part of the Cleveland Cavaliers organization and are also owned by a group led by Cavaliers Chairman and Quicken Loans Founder and Chairman Dan Gilbert. The group also owns and operates the Cleveland Monsters of the American Hockey League, who play their games at Rocket Mortgage FieldHouse in downtown Cleveland.