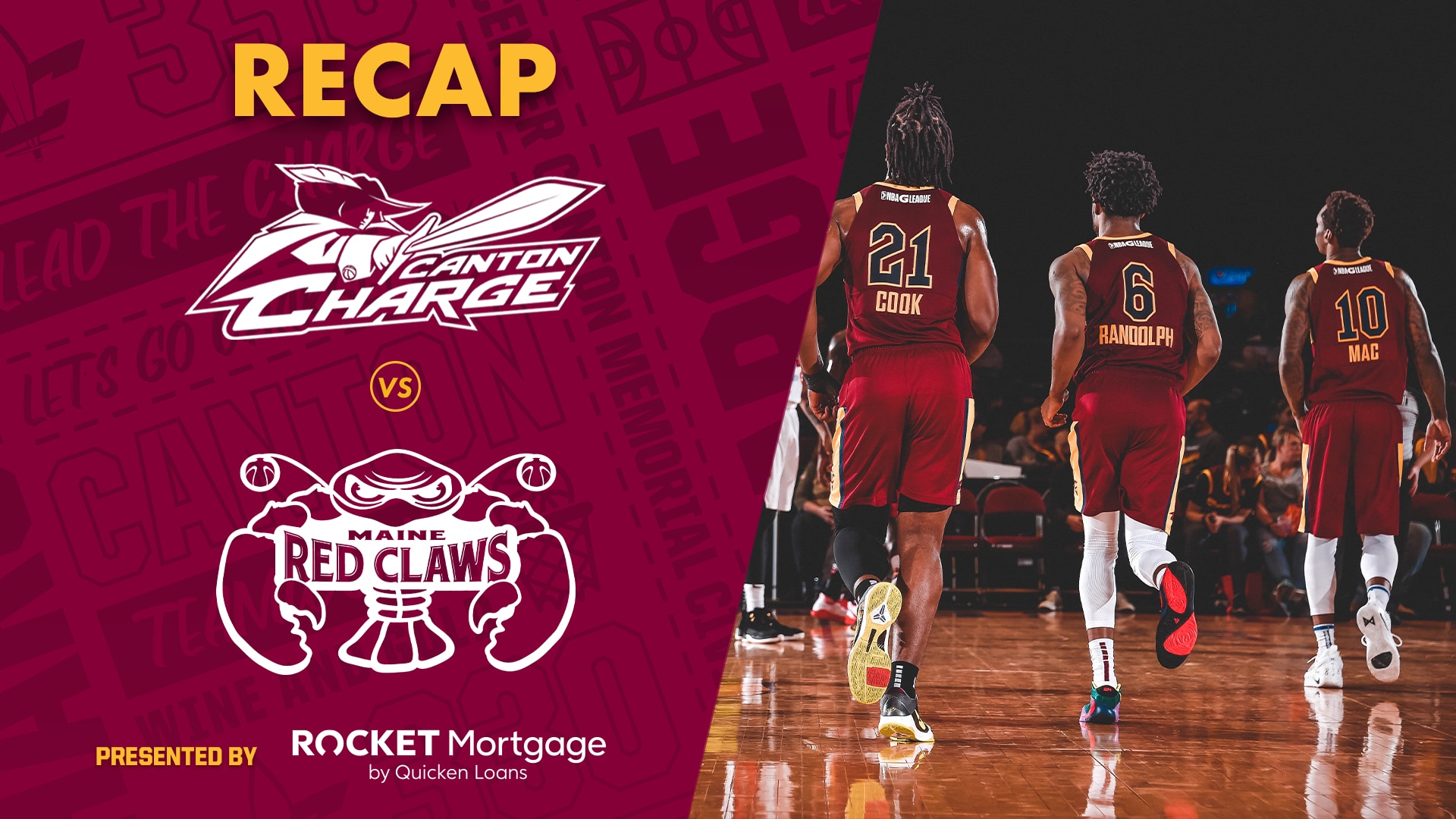 Canton got off to a slow start offensively, missing their first 10 three-point attempts and hitting just 2-of-20 from long range in the first half while conversely struggling in the paint for just 12-of-26 as a team.  The Charge ended the first half 30% shooting overall from the floor and scored a season-low for points in a half as they trailed the Red Claws 55-37.

While the Canton offense began to heat up in the third quarter and cut the deficit to 72-58, the Red Claws responded by turning up the pressure and eventually closing out the period on an 18-6 run to take a commanding 93-66 advantage.  The Charge would ultimately put up a 32-point fourth quarter to prevent their lowest scoring game of the season.  The two teams will meet again to decide the 1-1 season series in Canton’s home finale on March 17th.

The Charge were led by Malik Newman’s 20 points, four assists and two steals in 35 minutes.  Dean Wade added 14 points and eight rebounds in 26 minutes off the bench.  Tyler Cook had 13 points and nine rebounds.  The NBA G League’s leader in steals per game, J.P. Macura, had three tonight to go along with eight points.  Sheldon Mac (14), Levi Randolph (12), and Sir’Dominic Pointer (11) rounded out the seven double digit scorers for Canton.

On assignment from Boston, Carsen Edwards scored a game-high 22 points on 9-of-18 shooting in 34 minutes.  Tacko Fall posted a double-double of 18 points and 16 rebounds in 23 minutes for Maine.  Jaysean Paige came off the bench to score 15 points and grab seven boards in 30 minutes.  The Red Claws worked the glass for a 58-38 advantage in the victory.

The Charge stay on the east coast with a visit to the Westchester Knicks this Saturday, February 8th at 5:00 p.m. – Watch the game live on the Charge mobile app! There is no better time than now to join Charge Nation! Become a 2020-21 Charge Nation member and attend the rest of this season for FREE!  You’ll also receive complimentary Cavs and Monsters tickets plus tons more added value! For more info, find us at a game, visit www.CantonCharge.com or call 866-444-1944.  The Canton Charge are part of the Cleveland Cavaliers organization and are also owned by a group led by Cavaliers Chairman and Quicken Loans Founder and Chairman Dan Gilbert. The group also owns and operates the Cleveland Monsters of the American Hockey League, who play their games at Rocket Mortgage FieldHouse in downtown Cleveland.