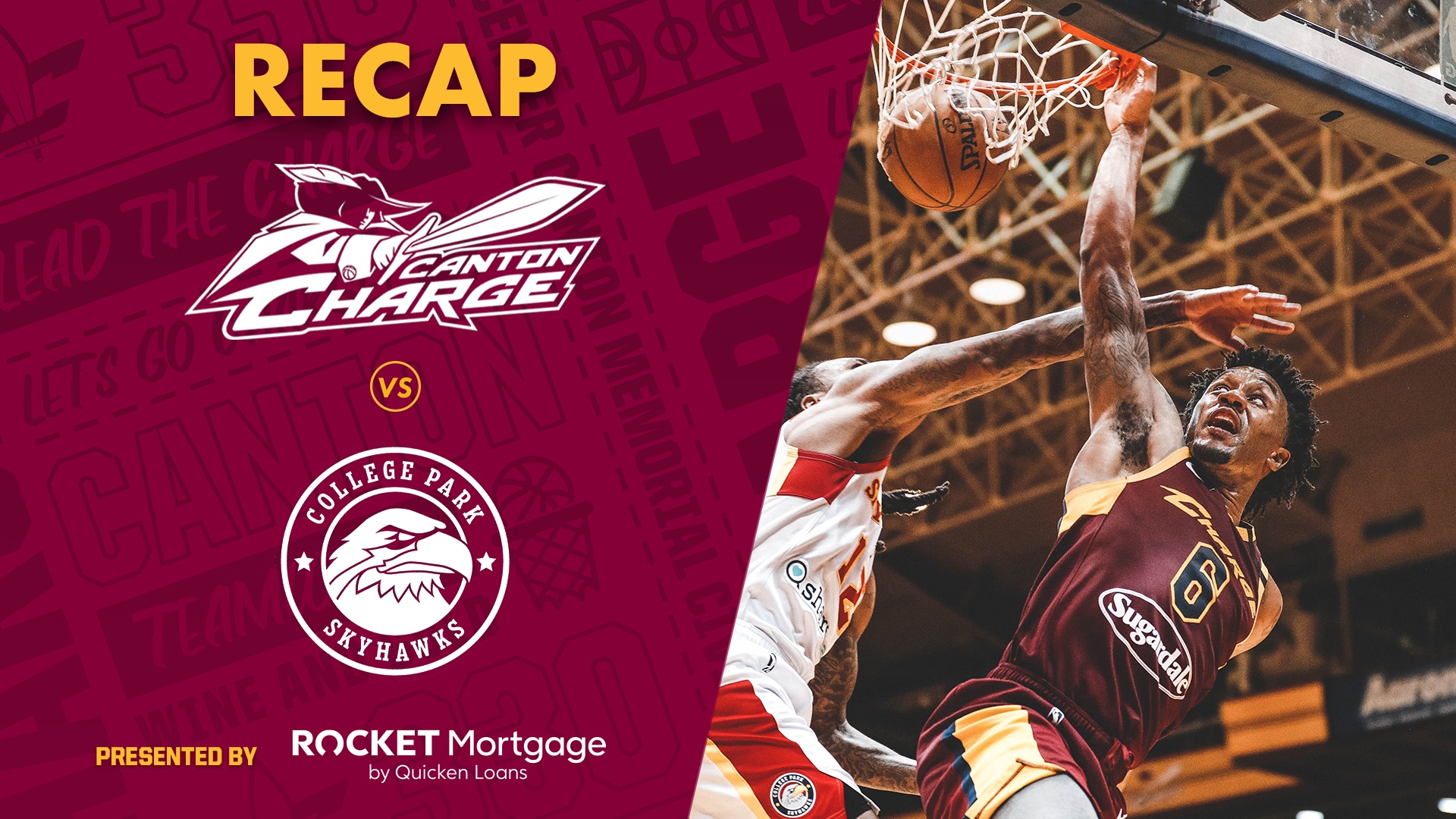 CANTON, OH – The Canton Charge (25-13), powered by the Cleveland Cavaliers, held on for a 121-116 victory against the College Park Skyhawks (19-19) at the Canton Memorial Civic Center on Tuesday evening.  The win was Canton’s fourth in a row and seventh-straight at home.

Muhammad-Ali Abdur-Rahkman delivered a career-high 25 points, shooting 50% from the field, to lead the Charge while Levi Randolph marked his return to the team with 21 points, five boards, and four assists in 40 minutes of action. Two-Way Player Matt Mooney reset the franchise mark with seven steals, six in the first half, while also tallying  double-double with 12 points and a season-best 10 assists. For the second game in a row, seven Charge players finished in double-digits in scoring with Dean Wade (18), Marques Bolden (17), Sir’Dominc Pointer (15), and J.P. Macura (11) rounding it out.

Charles Brown Jr. led the Skyhawks with 28 points and nine rebounds, shooting 11-for-19 from the field, in 41 minutes of action. Center Nick Ward followed with 20 points, four boards, and two blocked shots. Cat Barber came off the bench to add 19 points, going 9-for-15, in 35 minutes of game time.

The Charge will honor local heroes of all types at We Are Canton Night this Saturday, February 29th at 3:00 p.m. against the Capital City Go-Go! There is no better time than now to join Charge Nation! Become a 2020-21 Charge Nation member and attend the rest of this season for FREE!  You’ll also receive complimentary Cavs and Monsters tickets plus tons more added value! For more info, find us at a game, visit www.CantonCharge.com or call 866-444-1944.  The Canton Charge are part of the Cleveland Cavaliers organization and are also owned by a group led by Cavaliers Chairman and Quicken Loans Founder and Chairman Dan Gilbert. The group also owns and operates the Cleveland Monsters of the American Hockey League, who play their games at Rocket Mortgage FieldHouse in downtown Cleveland.