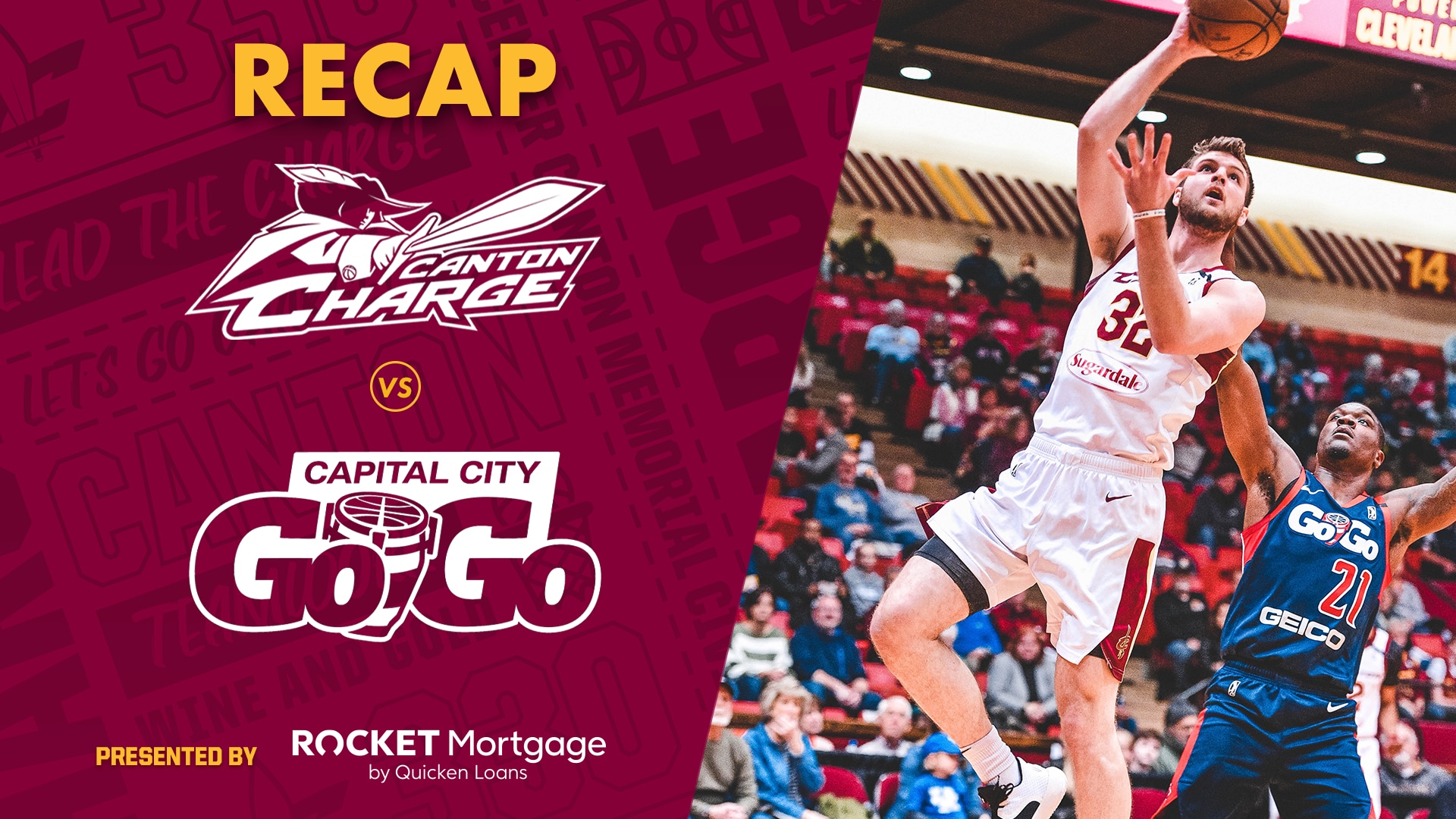 Trailing 11-9 early in the game, Canton pulled ahead for good on a 18-5 run and never looked back en route to taking the season series between the two teams, 2-1.

Two-Way player Matt Mooney led the Charge with a career-high 29 points, going 5-for-7 from behind the arc, along with a team-high six rebounds, five assists and two steals in 31 minutes of action. Levi Randolph followed with 23 points, shooting 57% from the field, while Dean Wade tallied 20 points and four boards in 24 minutes of play.

Assignment player Admiral Schofield led the Go-Go with 18 points in 27 minutes of action. Ike Iroegbu came off the bench for 17 points in 20 minutes of play while Mike Cobbins dominated the paint with 11 boards along with eight points.

The Charge will play at the world class Rocket Mortgage FieldHouse against the Fort Wayne Mad Ants tomorrow afternoon at 3:00 p.m. – Kids 14 & under are free with an adult ticket purchase and the first 4,000 fans will receive a bobblehead of sports legend Jim Thorpe presented by Visit Canton! There is no better time than now to join Charge Nation! Become a 2020-21 Charge Nation member and attend the rest of this season for FREE!  You’ll also receive complimentary Cavs and Monsters tickets plus tons more added value! For more info, find us at a game, visit www.CantonCharge.com or call 866-444-1944.  The Canton Charge are part of the Cleveland Cavaliers organization and are also owned by a group led by Cavaliers Chairman and Quicken Loans Founder and Chairman Dan Gilbert. The group also owns and operates the Cleveland Monsters of the American Hockey League, who play their games at Rocket Mortgage FieldHouse in downtown Cleveland.