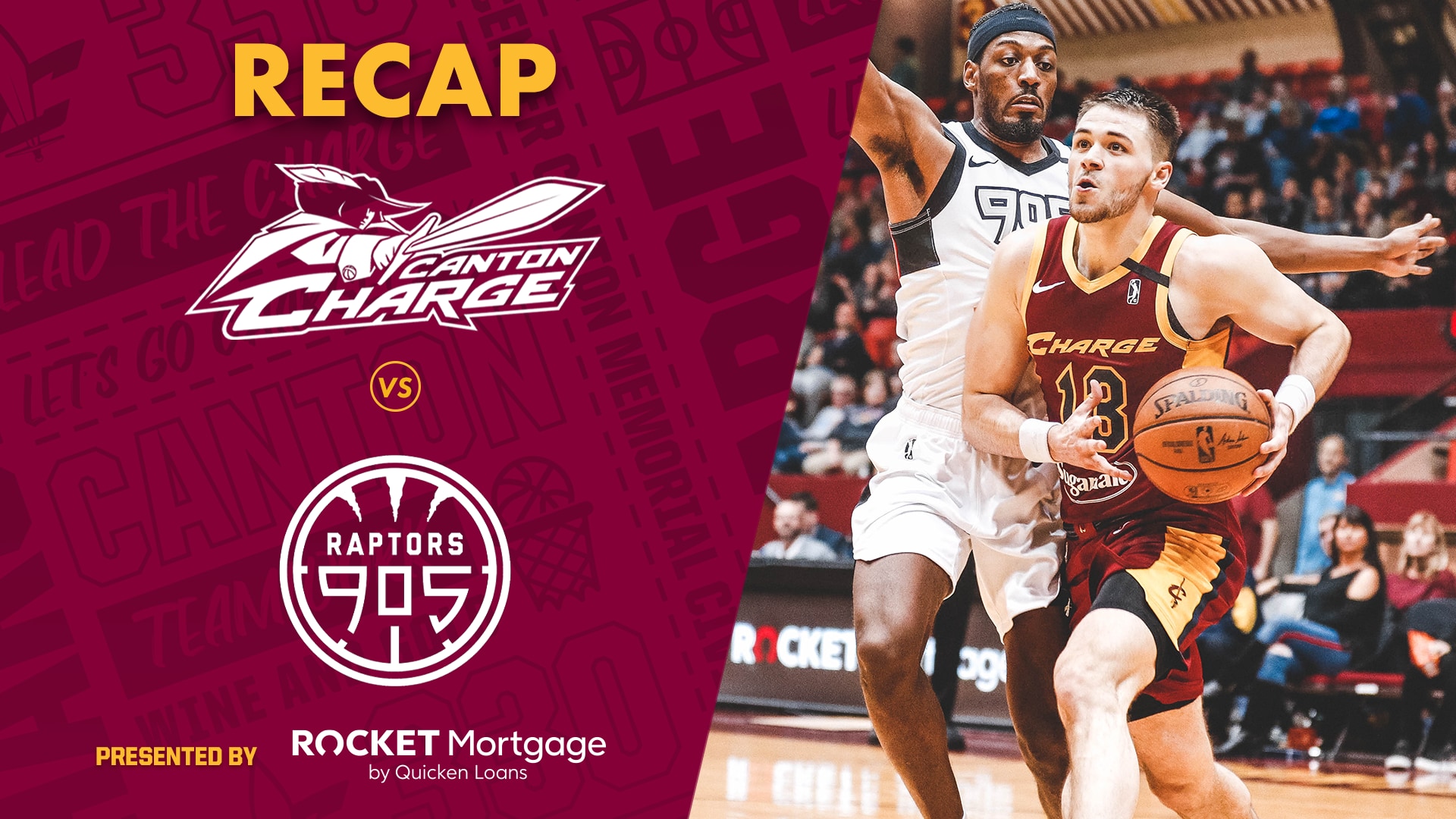 For the second-straight night, J.P. Macura led Canton in scoring with 26 points on 11-of-15 from the field and 4-of-7 from three-point range plus 10 rebounds for his second double-double of the season.  Levi Randolph also notched 26 points on 9-of-17 from the floor with five boards in 35 minutes.  Sir’Dominic Pointer had an all-around game of 10 points, nine rebounds, four steals and a pair of blocks in 26 minutes.  Sheldon Mac scored 13 points off the bench and Muhammad-Ali Abdur-Rahkman provided 11 points and two steals in 26 minutes of relief.

The game was closely contested throughout, featuring 19 lead changes, 13 ties and neither team holding a lead of more than seven points.  The entire fourth quarter was a one possession game until Matt Mooney drilled a 31-foot step back jumper with 10.3 seconds remaining to put Canton in control 102-98.  The two teams will meet for the rubber match on March 19th in Mississauga.

Canton will hit the road for a matinee matchup with the Long Island Nets on Monday, January 20th at 3:00 p.m. – Watch live on the Charge mobile app! There is no better time than now to join Charge Nation! Become a 2020-21 Charge Nation member and attend the rest of this season for FREE!  You’ll also receive complimentary Cavs and Monsters tickets plus tons more added value! For more info, find us at a game, visit www.CantonCharge.com or call 866-444-1944.  The Canton Charge are part of the Cleveland Cavaliers organization and are also owned by a group led by Cavaliers Chairman and Quicken Loans Founder and Chairman Dan Gilbert. The group also owns and operates the Cleveland Monsters of the American Hockey League, who play their games at Rocket Mortgage FieldHouse in downtown Cleveland.