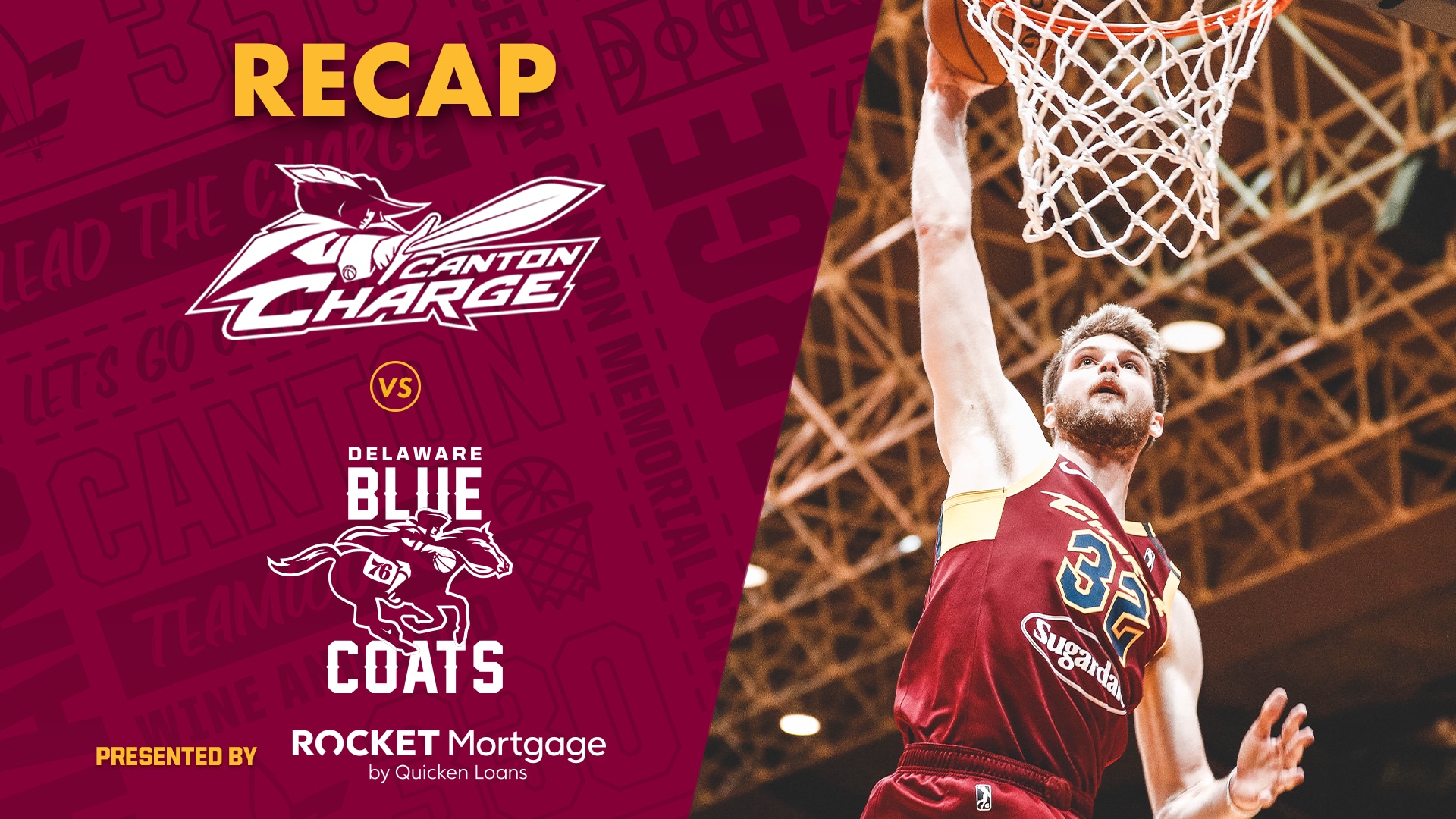 CANTON, OH – The Canton Charge (19-10) extended their strong home record at home with a 116-103 victory over the Delaware Blue Coats (16-12), improving their record to 13-3 at the Memorial Civic Center this season.

Malik Newman scored 19 of his game-high 27 points in the second half while also adding eight rebounds and five assists in 36 minutes.  Sheldon Mac scored 22 points and nabbed two steals in 28 minutes of relief for Canton.  Dean Wade added 12 points and nine rebounds while Sir’Dominic Pointer came off the bench to add 14 points and four steals in 16 minutes.

The contest was preluded with a moment of silence for NBA Legend Kobe Bryant and the eight victims lost in the tragic accident in southern California on Sunday, with each team adding tribute by accepting 24-second shot clock and 8-second backcourt violations to begin the game.  Both teams had identical shooting first halves, each hitting 22-of-49 attempts from the field (45%), but Canton’s four made threes to Delaware’s none helped give the hosts a 54-49 edge at the half.

The Charge led for the entire second half and by as many as 17 en route to their third-straight win over Delaware. The Blue Coats were led by Marial Shayok’s 20 points and nine rebounds in 31 minutes.  Haywood Highsmith came off the bench to net 20 points on 7-of-11 shooting in 24 minutes.  Christ Koumadje posted a double-double of 17 points and 14 rebounds in 29 minutes.

Canton’s homestand wraps up with a Charge replica jersey giveaway presented by Dunkin’ (first 2,000 fans) this Friday January 31st at 7:00 p.m. against the Windy City Bulls! There is no better time than now to join Charge Nation! Become a 2020-21 Charge Nation member and attend the rest of this season for FREE!  You’ll also receive complimentary Cavs and Monsters tickets plus tons more added value! For more info, find us at a game, visit www.CantonCharge.com or call 866-444-1944.  The Canton Charge are part of the Cleveland Cavaliers organization and are also owned by a group led by Cavaliers Chairman and Quicken Loans Founder and Chairman Dan Gilbert. The group also owns and operates the Cleveland Monsters of the American Hockey League, who play their games at Rocket Mortgage FieldHouse in downtown Cleveland.