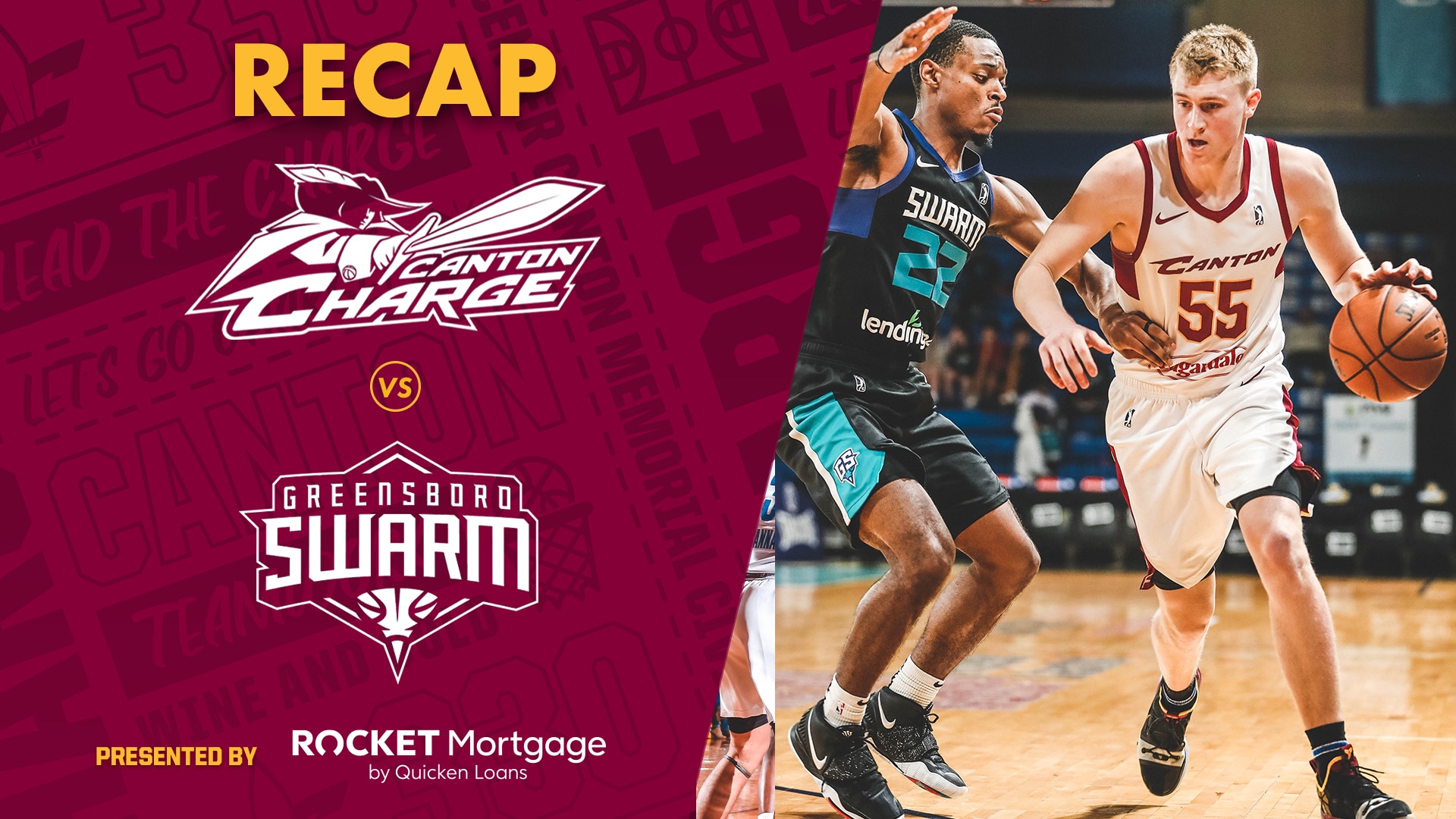 GREENSBORO, NC – The Canton Charge (13-6) got their fourth win in the last five games in a 116-101 victory over the Greensboro Swarm (4-15) on Monday night. The win was also Canton’s fourth-straight versus Greensboro.

Malik Newman led the six Charge players who scored in double figures, netting 21 points on 7-of-14 shooting in 29 minutes.  Cleveland Cavaliers Two-Way Player Tyler Cook posted his third consecutive double-double and fourth this season with an effort of 14 points and 10 rebounds in 24 minutes.  J.P. Macura made his return to the Swarm with 15 points, five rebounds and four steals after spending last season as a Two-Way Player for the Hornets.  Levi Randolph (17 points, five rebounds), Dean Wade (14 points, eight rebounds) and Sir’Dominic Pointer (15 points, two blocks) rounded out the double-digit scorers.

Leading 29-21 to begin the second period, Canton went on a 12-6 run to begin the quarter and take a double-digit advantage they would never relinquish.  Beginning with the 6:35 mark left in the first half, the Charge led by as many as 33 and never by less than 14.  Former Charge player Kobi Simmons scored a game-high 32, including 13 in the fourth quarter, to go along with seven rebounds and six assists in 38 minutes.

The Charge will next head to sunny Florida for a matchup against the Lakeland Magic on Thursday, January 2nd at 7:00 p.m.! The Charge return home to face the Fort Wayne Mad Ants this Saturday, January 4th at 7:00 p.m. with a 2020 Charge Chocolate Bar giveaway courtesy of Chocolate Creations – find a wine & gold ticket for special prizes like Cavs tickets and autographed items! For Charge Nation Memberships, group outings, game day promotions and up-to-date information, head to www.CantonCharge.com. or call 866-444-1944.  The Canton Charge are part of the Cleveland Cavaliers organization and are also owned by a group led by Cavaliers Chairman and Quicken Loans Founder and Chairman Dan Gilbert. The group also owns and operates the Cleveland Monsters of the American Hockey League, who play their games at Rocket Mortgage FieldHouse in downtown Cleveland.