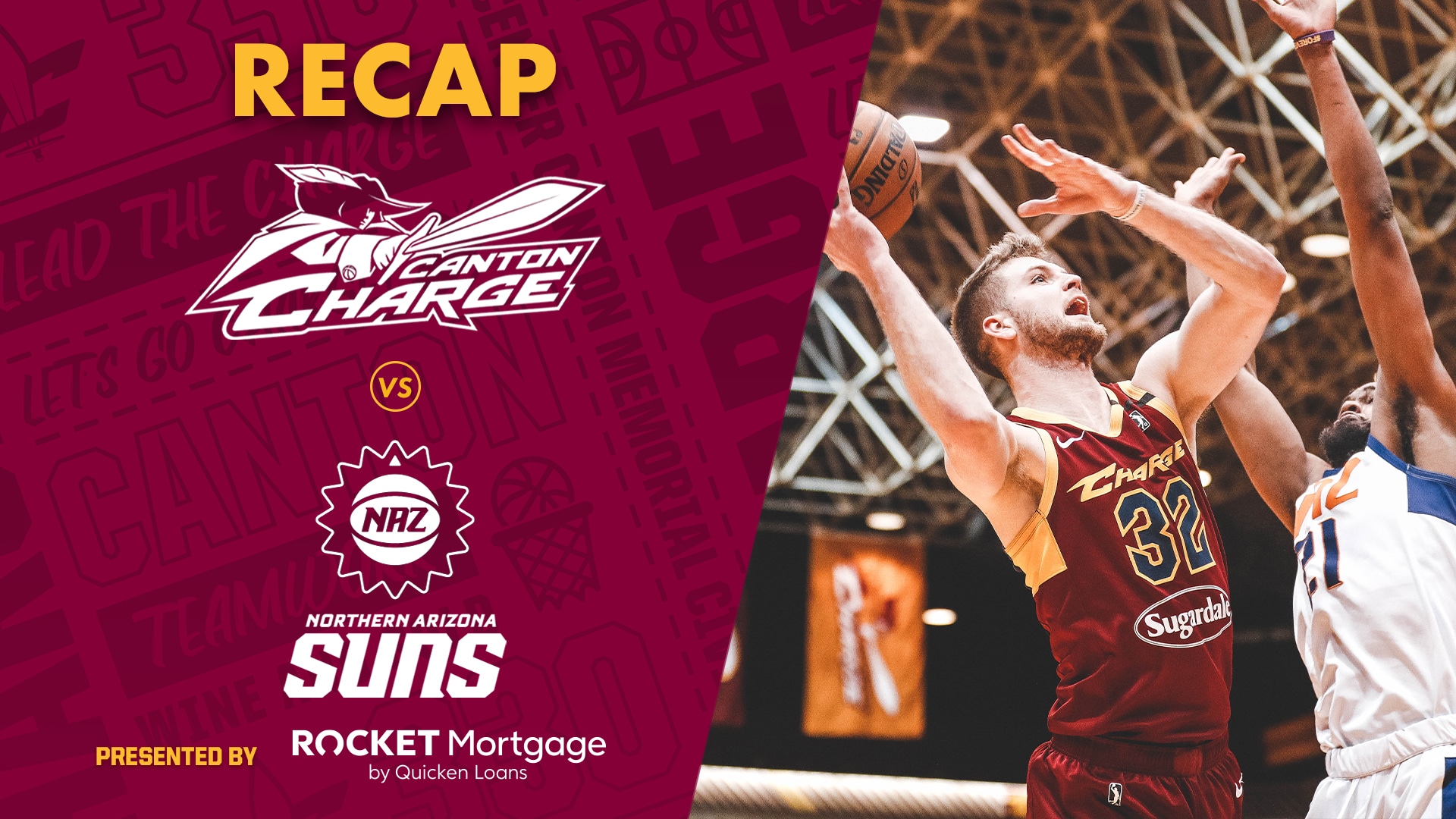 CANTON, OH – The Canton Charge (22-13) downed the Northern Arizona Suns (8-27) by a 106-94 tally in their first action since the All-Star break at the Canton Memorial Civic Center on Wednesday evening.

The Charge opened the game with six unanswered points, four from Two-Way player Matt Mooney, to take the lead and never looked back en route to their sixth-straight home win. Today marked the first time since December 13th that the Charge have held an opponent to under 100 points.

Marques Bolden led the Charge with his sixth double-double of the year, posting 19 points, a season-high 14 boards and a game-high five blocks. Five other Charge players reached double-digit points, Mooney followed with 18 points in 39 minutes of action while Sheldon Mac came off the bench to tally 17 points, shooting 50% from the floor in 24 minutes. Muhammad-Ali Abdur-Rahkman and Malik Newman netted 13 points each while Sir’Dominic Pointer finished with 10 points and a team-high four steals.

Ike Nwamu paced the Suns with 19 points on a 7-for-11 shooting line in 29 minutes of action. Jalen Lecque followed with 15 points and five boards while Aaron Epps had a team-high 11 rebounds to go along with seven points.

Canton hits the road for a pair of games beginning with a visit to the Delaware Blue Coats on Thursday, February 21st at 7:00 p.m. – Watch live on the Charge mobile app! There is no better time than now to join Charge Nation! Become a 2020-21 Charge Nation member and attend the rest of this season for FREE!  You’ll also receive complimentary Cavs and Monsters tickets plus tons more added value! For more info, find us at a game, visit www.CantonCharge.com or call 866-444-1944.  The Canton Charge are part of the Cleveland Cavaliers organization and are also owned by a group led by Cavaliers Chairman and Quicken Loans Founder and Chairman Dan Gilbert. The group also owns and operates the Cleveland Monsters of the American Hockey League, who play their games at Rocket Mortgage FieldHouse in downtown Cleveland.