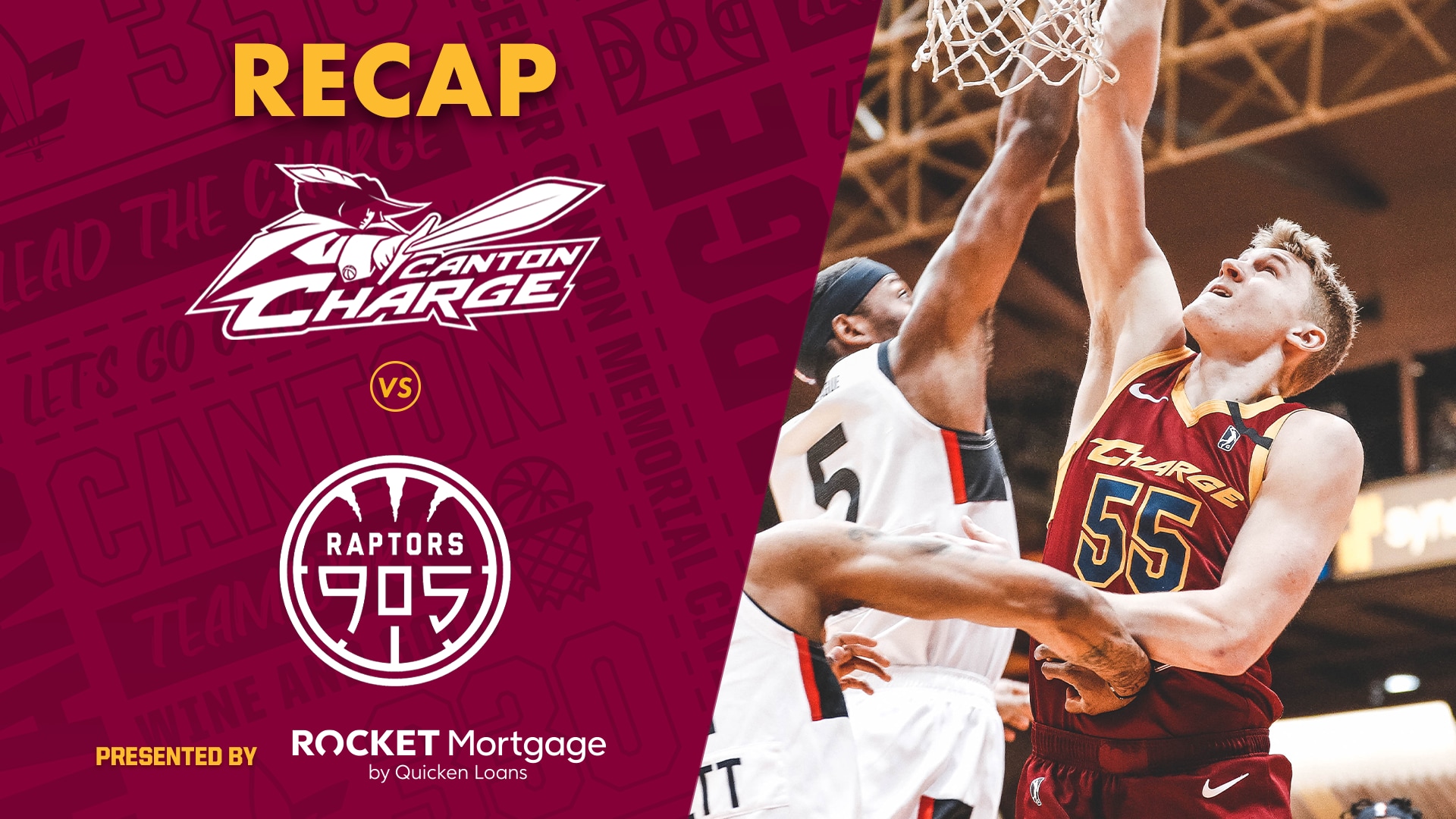 Tyler Ennis scored a game-high 35 points with six rebounds and seven assists in 38 minutes of play for the 905. Oshae Brissett followed with 21 points on a 6-for-8 shooting line in 33 minutes of action.  Justin Anderson scored 19 points while Paul Watson added 12 points and five assists.  The 905 set a new Charge opponent season-high by hitting 49-of-90 attempts from the field (54.4%).

Macura (15 points, 6-6 FGA) and Ennis (14 points, 6-7 FGA) each provided outstanding first quarter performances to lead their teams out of the gate.  The Charge held an advantage by as many as 11 to start and maintained a 38-33 lead after the opening 12 minutes.  Raptors 905 came out aggressive and efficient on offense in the second, hitting 13-of-18 attempts (72%) as a team and outscoring the hosts 37-24 to turn the tide and lead 70-62 at the half.

The 905 extended their lead by as many as 20 in the third and led the entire time before Canton began to chip away again, whittling the deficit back down to eight as the quarter ended, 95-87.  The Charge would never get within three possessions the rest of the game, as they went 2-of-11 from three-point range in the fourth.

The two teams will square off again here at the Civic Center for Cavs Night presented by D.D. Stutz Catering with a Mark Price bobblehead giveaway (first 1,500 fans) tomorrow night at 7:00 p.m.! There is no better time than now to join Charge Nation! Become a 2020-21 Charge Nation member and attend the rest of this season for FREE!  You’ll also receive complimentary Cavs and Monsters tickets plus tons more added value! For more info, find us at a game, visit www.CantonCharge.com or call 866-444-1944.  The Canton Charge are part of the Cleveland Cavaliers organization and are also owned by a group led by Cavaliers Chairman and Quicken Loans Founder and Chairman Dan Gilbert. The group also owns and operates the Cleveland Monsters of the American Hockey League, who play their games at Rocket Mortgage FieldHouse in downtown Cleveland.