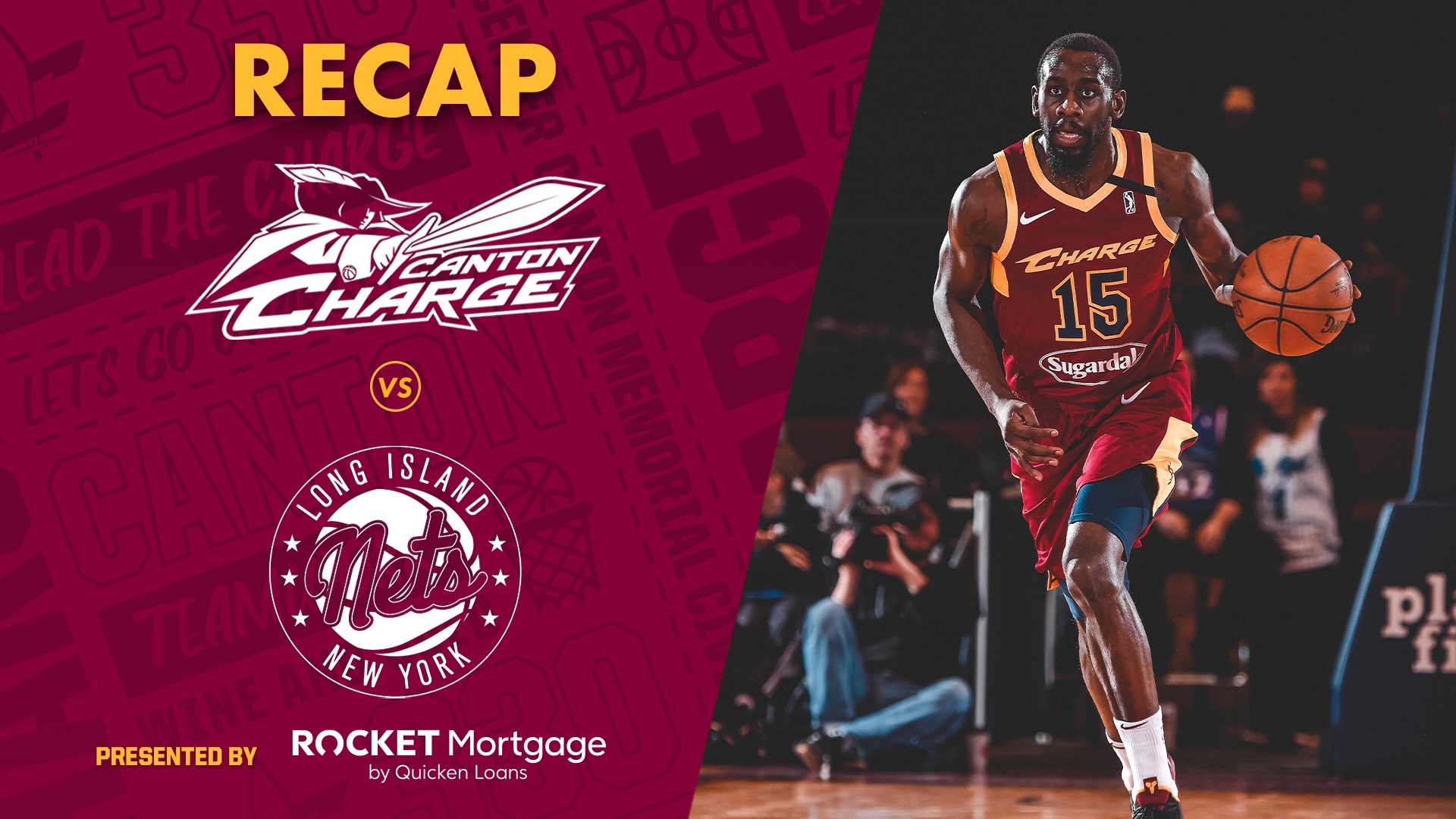 UNIONDALE, NY – The Canton Charge (16-10) came up short on an attempt for a season series sweep as they fell to the Long Island Nets (9-16), 121-113 at the NYCB Live Nassau Coliseum on Monday afternoon.

Sheldon Mac came off the bench to score 30+ for the second time this season, netting a game-high 31 points on 9-of-18 from the floor, 5-of-5 from the foul line and three steals in 35 minutes.  Malik Newman was back in action, scoring 21 points with six assists in 33 minutes before fouling out.  Sir’Dominic Pointer posted his second double-double of the season with 10 points and a season-high 11 rebounds in 26 minutes.  Marques Bolden added 10 points and four blocks while Muhammad-Ali Abdur-Rahkman scored 15 points and grabbed two steals in 20 minutes off the bench.

Long Island was led by Devin Cannady’s 24 points, five boards and four assists in 36 minutes.  Jonathan Kasibabu had a double-double of 22 points and 12 rebounds in 34 minutes.  Jeremiah Martin scored 18 points and dished out eight assists.  The game featured 22 lead changes and 14 ties before the Nets surged ahead on a 13-6 mid-fourth quarter run that put them ahead for good.

Canton begins a four-game homestand with a Ohio Lottery WINSday on Janurary 22nd at 7:00 p.m. against the Lakeland Magic! There is no better time than now to join Charge Nation! Become a 2020-21 Charge Nation member and attend the rest of this season for FREE!  You’ll also receive complimentary Cavs and Monsters tickets plus tons more added value! For more info, find us at a game, visit www.CantonCharge.com or call 866-444-1944.  The Canton Charge are part of the Cleveland Cavaliers organization and are also owned by a group led by Cavaliers Chairman and Quicken Loans Founder and Chairman Dan Gilbert. The group also owns and operates the Cleveland Monsters of the American Hockey League, who play their games at Rocket Mortgage FieldHouse in downtown Cleveland.