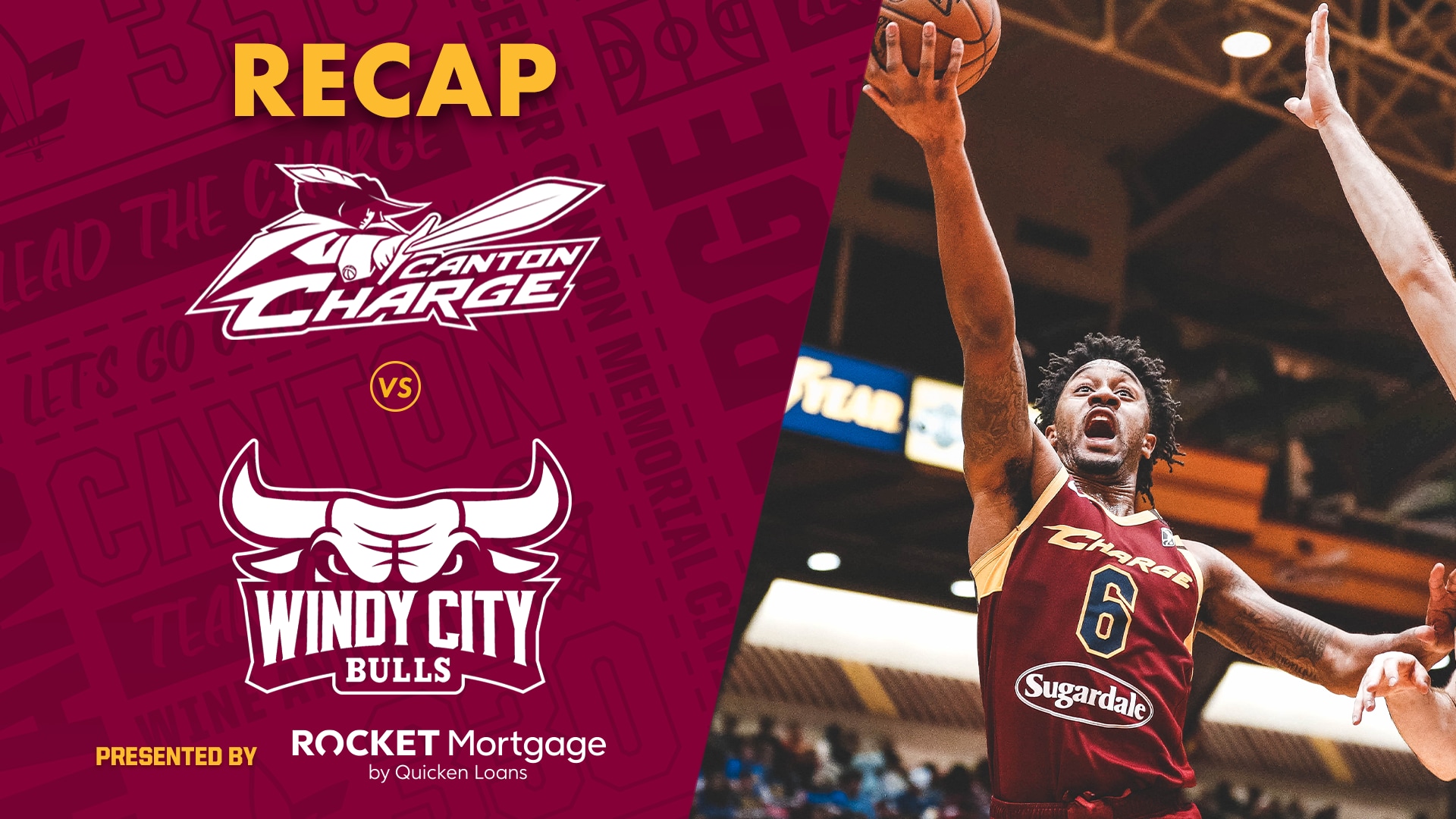 HOFFMAN ESTATES, IL – The Canton Charge (29-14), clinched a playoff berth for the first time since 2017 after a 105-101 victory over the Windy City Bulls (17-26) at the Sears Centre Arena on Tuesday night.  This will mark the seventh playoff appearance for the Charge franchise in nine seasons.

Canton led wire-to-wire and by as many as 16, dishing out a season-high 33 assists and surpassing their previous best of 32 set in the last matchup against the Bulls on Jan. 31st.  J.P. Macura hit his own season-high in scoring 29 points on 10-of-14 shooting with two steals and two blocks in 30 minutes off the bench.  Marques Bolden set a new career high with 17 rebounds to go along with 10 points and two blocks for his ninth double-double of the season.  Levi Randolph added 18 points, nine assists and two steals in 38 minutes.

The Charge’s playoff opponent, location and date will be announced by the NBA G League office at the completion of the regular season.  Fans can stay up-to-date on the latest team news by following: @CantonCharge on Twitter at www.twitter.com/CantonCharge and on Facebook at www.facebook.com/CantonCharge.  Fans can download the new Canton Charge App on their smartphone via the iTunes Store or Google Play Store.

The Charge will end their three-game road trip this Friday the 13th at 7:00 p.m. against the Westchester Knicks! There is no better time than now to join Charge Nation! Become a 2020-21 Charge Nation member and attend the rest of this season for FREE!  You’ll also receive complimentary Cavs and Monsters tickets plus tons more added value! For more info, find us at a game, visit www.CantonCharge.com or call 866-444-1944.  The Canton Charge are part of the Cleveland Cavaliers organization and are also owned by a group led by Cavaliers Chairman and Quicken Loans Founder and Chairman Dan Gilbert. The group also owns and operates the Cleveland Monsters of the American Hockey League, who play their games at Rocket Mortgage FieldHouse in downtown Cleveland.