CLEVELAND, OH – A new era of Charge basketball begins in The Land! The Cleveland Charge will bring their blend of developing premier basketball talent and providing affordable, family fun entertainment to Cleveland State University’s Wolstein Center this fall. The franchise is keeping the Charge name and logo featuring the sword-wielding Cavalier and now proudly adds “Cleveland” to the logo representing the team’s new home in their traditional wine & gold colors.

“The Charge name and brand have served us so well over the last 10 years of successes that it only made sense to keep the name as we begin a new chapter in Cleveland,” said President of Franchise Operations Mike Ostrowski. “The Charge are complementary to the Cavaliers and that relationship grows even stronger with the team now in such close proximity.” 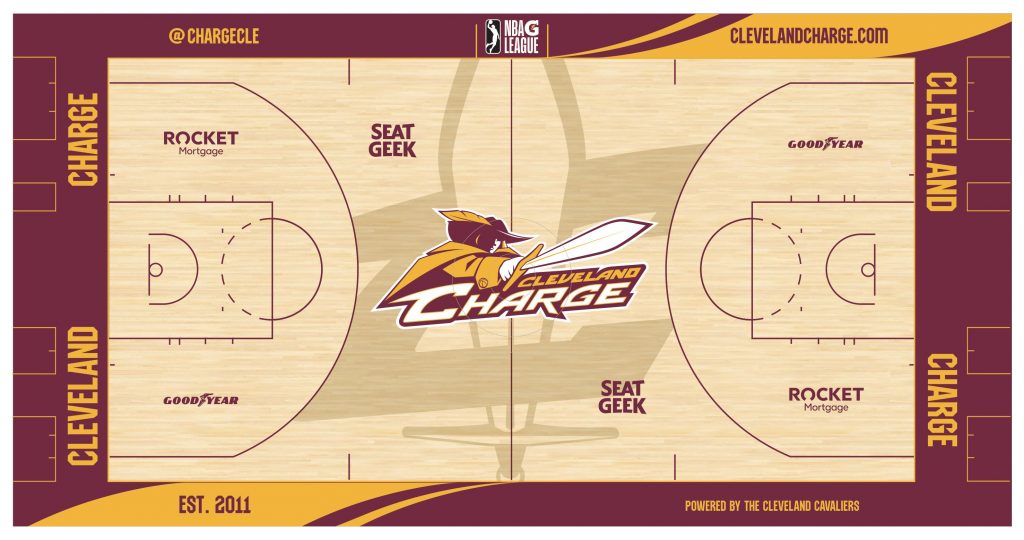 Tickets to the first-ever game on Saturday, November 6th plus full season Charge Nation Memberships are on sale now starting at just $5 per seat/game!  Be part of history for the first-ever game at The Wolstein Center! Popular business and personal Charge Nation Membership packages are also available and ensure the best seats, lowest prices and added-value benefits! Please call 216-420-0000 to speak with one of our representatives or fill out the form here for more information.  The NBA G League season schedule will be announced later this summer. Single game ticket on-sale dates, including promotional, theme and giveaway schedules will be announced after the schedule is released.