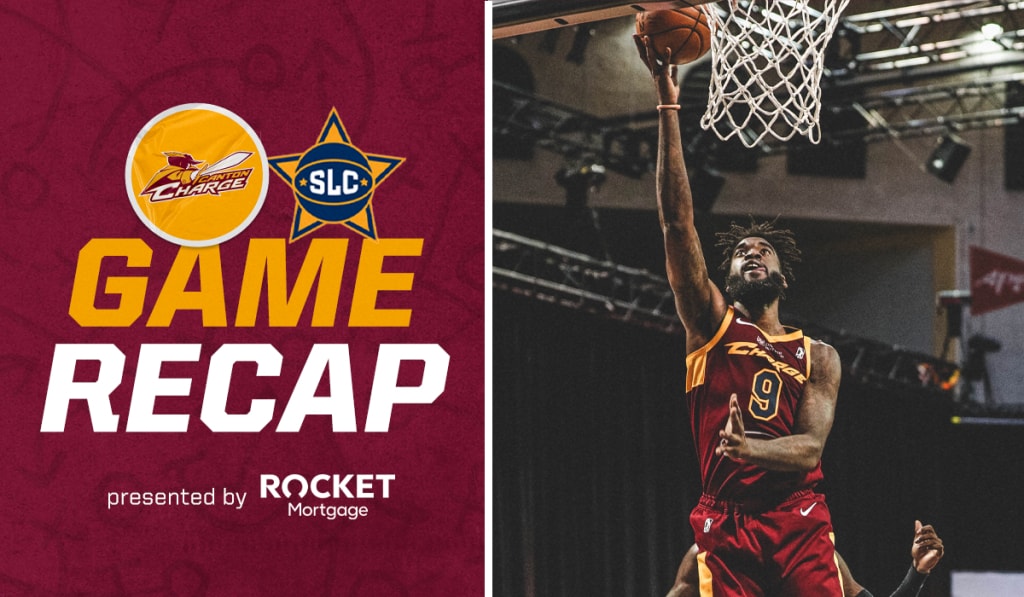 ORLANDO, FL – The Canton Charge (3-4), powered by the Cleveland Cavaliers, came away with a 127-111 victory over the Salt Lake City Stars (1-7) on Sunday afternoon at the ESPN Wide World of Sports Complex at Walt Disney World.

Six Charge players ended the day in double-digits, led by Levi Randolph with 29 points on 11-of-13 shooting and 5-of-6 from three-point range. Sheldon Mac added 22 points on 9-of-15 from the floor and four rebounds. Two-Way Player Devon Dotson recorded a career-high 12 assists and rounded out his double-double with 19 points. Norvel Pelle made his Charge debut with a double-double of 10 points, 11 rebounds, and four blocks in 24 minutes off the bench. Antonio Blakeney added 12 points and six rebounds in 29 minutes off the bench while Two-Way Player Marques Bolden rounded out the double-digit scorers with 11 points, four rebounds, and two blocks in 20 minutes.

Salt Lake City was lethal from behind the arc by converting 20-of-43 attempts as a team in the game.  Tyler Bey led the way for the Stars with 19 points on 5-of-6 from three-point range and 12 boards for a double-double in 30 minutes. Marcus Graves added 19 points on 7-of-9 shooting off the bench while Yogi Ferrell tallied 18 points on a 6-for-9 line, adding four threes as well. Salt Lake City only surrendered five turnovers in the game as a team.

Trailing 39-26 after the first quarter, the Charge notched 35 points in the second quarter to finish the half with 71, both of which were highs for this season. Randolph was lights out from the floor with 19 points in the opening half, shooting 7-for-8 from the floor and a perfect 3-for-3 from behind the arc.

The Charge maintained the offensive momentum throughout the second half and led by as many as 19 in the fourth quarter. The Stars started to close the gap, coming within 10 with 2:20 remaining, but Canton responded with six unanswered points to hold on for the win.

The Charge are back at it tomorrow morning, taking on the Westchester Knicks at 11:30 a.m. – Watch live on FOX Sports Ohio or listen along on 99.7 FM, Canton’s New Country!  Fans can stay up-to-date on the latest team news by following: @CantonCharge on Twitter at www.twitter.com/CantonCharge and on Facebook at www.facebook.com/CantonCharge.  Fans can download the new Canton Charge App on their smartphone via the iTunes Store or Google Play Store.