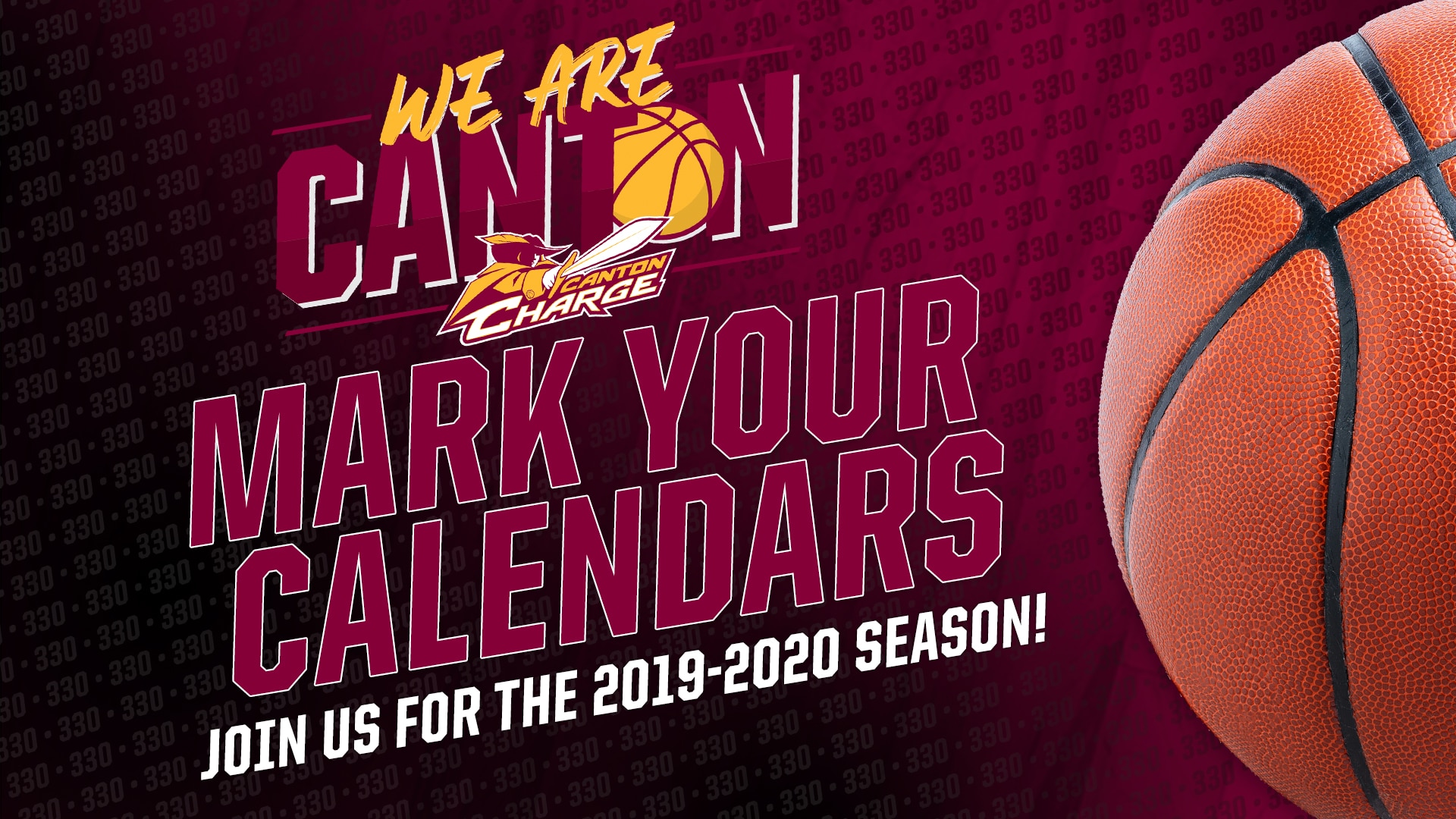 CANTON, OH – The Canton Charge, powered by the Cleveland Cavaliers, will open their 2019-20 NBA G League season at home for the first time since 2015 when they host the Lakeland Magic (Orlando) on Saturday, Nov. 9 at 7:00 p.m.  Local military heroes will be honored throughout the evening as our Home Opener will also be our “Salute to Service” presented by OHIO CAT.

Canton’s 2019-20 season schedule includes 24 home games and 24 road games plus the two neutral site NBA G League Showcase matchups to be announced at a later date.  The Charge will play 14 weekend dates, which break down to five on Friday, eight on Saturday and one on Sunday.  Select Friday games will be 1-2-3 Nights presented by Sugardale with $1 Sugardale hot dogs, $2 Pepsi products and $3 beers.

The Charge will once again head to The Land to play a regular season game at the newly rennovated Rocket Mortgage FieldHouse on Sunday, Mar. 1 at 3:00 p.m. against the Fort Wayne Mad Ants (Indiana).  Cavs Series games are back in Canton this season with 50th season bobblehead giveaways each night on Saturday, Dec. 14 against the Wisconsin Herd (Milwaukee), Saturday Dec. 28 versus the Long Island Nets (Brooklyn) and Saturday, Jan. 18 against the Raptors 905 (Toronto).

Other schedule highlights include the annual School Day Game on Wednesday, Mar. 4 against the Herd and Fan Appreciation Night on Saturday, Mar. 14 against the Greensboro Swarm (Charlotte).  The College Park Skyhawks (Atlanta) will make their Civic Center debut on Tuesday, Feb. 25, while the Charge will make their first-ever visits to the Agua Caliente Clippers (LAC), Stockton Kings (Sacramento) and Skyhawks over the week of Thanksgiving.  The defending NBA G League Champion Rio Grande Valley Vipers (Houston) come to town on Thursday, Dec. 5.

The entire 2019-20 Charge promotional schedule and single game ticket sales will be announced at a later date.  For Charge Nation Memberships, group outings, game day promotions and up-to-date information, head to www.CantonCharge.com. or call 866-444-1944.  The Canton Charge are part of the Cleveland Cavaliers organization and are also owned by a group led by Cavaliers Chairman and Quicken Loans Founder and Chairman Dan Gilbert. The group also owns and operates the Cleveland Monsters of the American Hockey League, who play their games at Rocket Mortgage FieldHouse in downtown Cleveland.