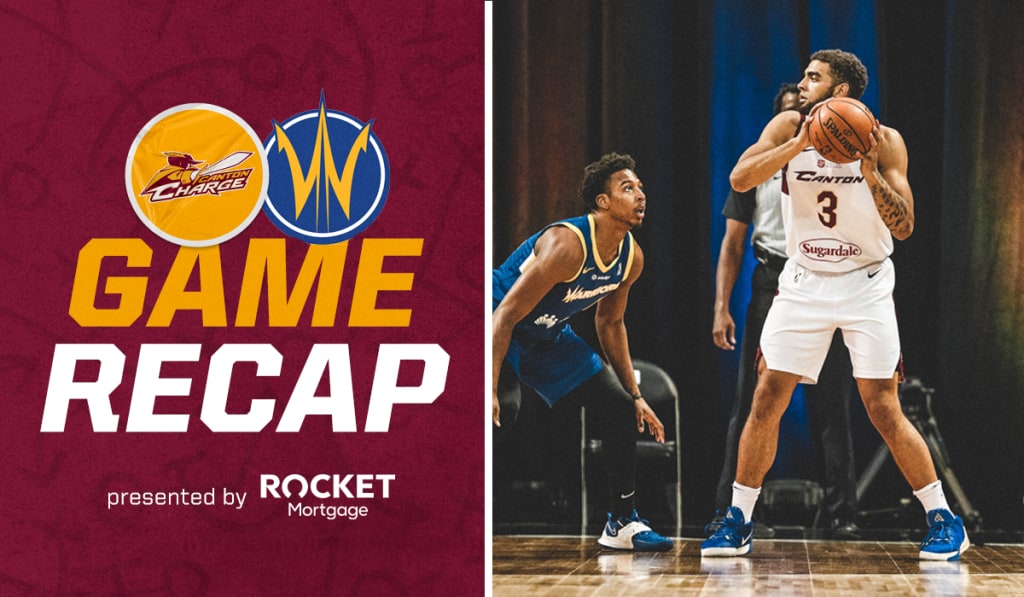 ORLANDO, FL – The Canton Charge (2-3), powered by the Cleveland Cavaliers, fought their way back from a 24-point second half deficit, but fell short in a 111-108 OT thriller against the Santa Cruz Warriors (2-3) on Wednesday afternoon at the ESPN Wide World of Sports Complex at Walt Disney World.

Trailing by 19 going into the fourth quarter, the Charge turned it on, outscoring the Warriors 35-16. Antonio Blakeney paced the offense in the fourth, scoring 10 points off a 4-for-7 shooting line, but it was the leaning three-pointer that Sheldon Mac knocked down, along with the and-one free throw with 4.6 seconds remaining, to force the overtime.

Santa Cruz tallied the first four points of the two-minute overtime period, but the Charge responded on their next two possessions with buckets of their own to tie it 108-108 with 3.7 second left.  Sheldon Mac couldn’t convert another and-one opportunity and the Warriors’ Kaleb Wesson converted on his own traditional three-point play to seal their victory.

Blakeney finished with a game-high 23 points along with four rebounds and three assists in 31 minutes off the bench. Pointer delivered another well-rounded performance with a double-double of 20 points and 10 rebounds along with three steals in 37 minutes. Sheldon Mac tallied 21 points on a 7-for-12 shooting performance while Devon Dotson directed the offense with six assists and 13 points.

The Charge have a day off before taking on the Agua Caliente Clippers on Friday night at 7:00 p.m. – Listen along on 99.7 FM, Canton’s New Country!  Fans can stay up-to-date on the latest team news by following: @CantonCharge on Twitter at www.twitter.com/CantonCharge and on Facebook at www.facebook.com/CantonCharge.  Fans can download the new Canton Charge App on their smartphone via the iTunes Store or Google Play Store.